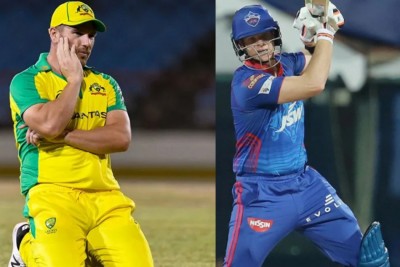 IPL 2021 Updates: Only a month has left for the second phase of the 14th season of the world’s most famous T20 cricket league IPL to begin.

For its preparations, teams are reaching the UAE and making biobubbles. And taking information from foreign players about their availability.

Meanwhile, good news has come for Delhi Capitals before the league. Australia’s star batsman and former captain Steve Smith. He has been battling an elbow injury for some time, may make a comeback in IPL 2021.

Seeing this, it is clear that Smith is ready to return to the IPL. Earlier, Shreyas Iyer has also made a comeback for Delhi Capitals. After recovering from a shoulder injury. Smith withdrew from the Australian team that toured Bangladesh and the West Indies due to injury and is now seen training in the nets for an hour a day in New South Wales.

Also Read: IPL 2021: 5 players who can highlight the IPL in UAE & Watch out players

All is going well for Smith

At the same time, Australia’s troubles have increased regarding the T20 World Cup, which starts immediately after the IPL. Captain Aaron Finch has suffered a left knee injury after which he has to undergo surgery. In such a situation, while there are question marks about his return to the team, at the same time this player believes that he will be fully fit to serve till the T20 World Cup.

Talking to cricket.com.au, Finch said, ‘It looks like everything is going well. I know he (Smith) has been working on his batting for the last few weeks. I know how difficult it is to have a time limit on the net.

Keeping all the reports in mind, he is fully connected with the times and making sure he doesn’t overdo it. Which would result in a re-injury of the elbow and rehab. He is making a very good recovery. The last time he spoke to him. He had said that he was not feeling any pain and was positive about his return. He is going to be an important part of our T20 World Cup campaign.

Full hope of being fit till the world cup

It is worth noting that Steve Smith was released by the Rajasthan Royals team before the IPL 2021 Auction. After which the Delhi Capitals team added him to their team for Rs 2.2 crore. Australia’s team played a five-match bilateral series against West Indies and Bangladesh in preparation for the World Cup. But they have to face defeat 4-1 in both the series in a row.

Not only this, Australia’s captain Aaron Finch was also injured during this. Talking about his injury, Finch said that I am confident that I will be fully fit till the World Cup. However, during this time there will not be much time to practice. But in the last few occasions it has been seen before where we had less time to practice, yet we came back and performed well.

Also Read: IPL 2021 in UAE: Big Updates, Fans to be back in crowd? BCCI gives big hint before IPL

Let us tell you that the 14th season of the Indian Premier League held in India had to be stopped midway due to the second wave of Corona virus and the remaining matches were rescheduled in UAE from 19 September to 15 October.

At the same time, the T20 World Cup to be played in India has also been shifted to UAE, which will be started from October 17 to November 14.