Home FOOTBALL Benevento stuns Juventus and Cristiano Ronaldo by 1-0 win with the help... 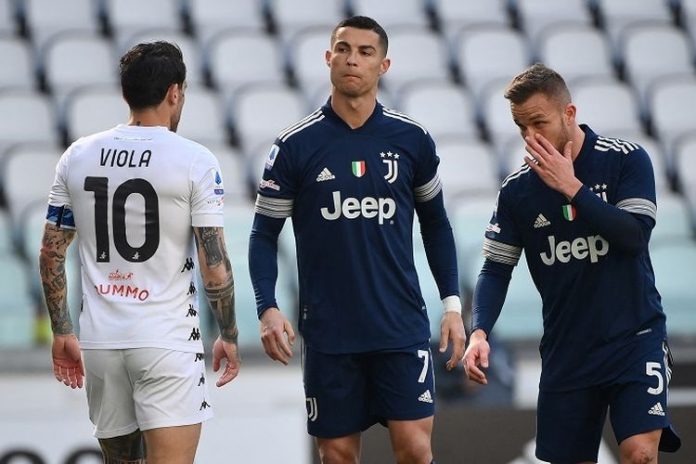 Benevento 1-0 Juventus: Juventus lost against the promotion team, Benevento, in Week 28 of Serie A, the highest caste of the Italian League, the 2020-2021 season.

The Juventus vs Benevento match took place at the Allianz Stadium on Sunday (21/3/2021) at 7:30 PM IST. The result, Cristiano Ronaldo and Juventus defeated 0-1 from Benevento.

The one goal that made Juventus lose was scored by the 22-year-old Argentine, Adolfo Gaich.

He broke into the Juventus goal after taking advantage of Arthur’s mistake in sending a pass in his own defense.

Adolfo Gaich only has to do a few trick moves before throwing the ball into the goal of Juventus goalkeeper, Wojciech Szczesny. This result was an embarrassment for Juventus because it happened when it was the host.

In addition, Juventus as the defending champions of the Italian League actually lost to Benevento, who was one of the promoted teams. With this defeat, Juventus, who are in third place in the Italian League standings, failed to stay away from Atalanta’s pursuit.