Home Cricket BCCI DC vs RR: Blast From the Past – A Special Story Between... 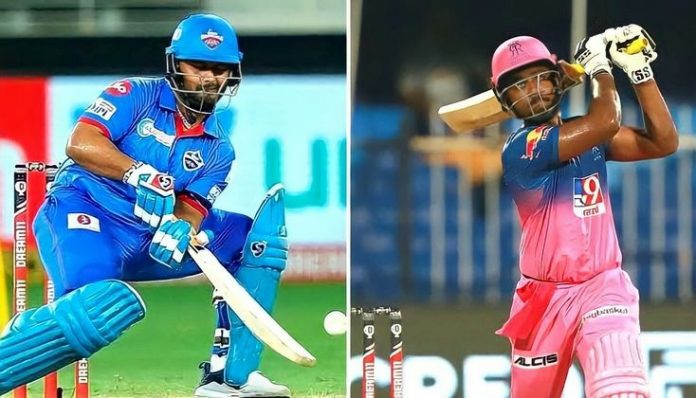 DC vs RR Story: In the first afternoon game of the second leg of IPL 2021, 2nd placed-Delhi take on 5th placed-Rajasthan. We look back at one of the most memorable matches between the two sides!

Here’s a lookback at one of the most memorable matches that these two sides have played, in the IPL’s 13-year history!

It was the year 2015, and it was Match No. 6 of that season’s IPL. Delhi were coming on the back of a close loss by just 1 run against CSK. While RR had won their opening game of the season against Punjab by 26 runs.

RR captain Steve Smith won the toss and sent Delhi in to bat.

Delhi get off to a good start

Mayank Agarwal gave the impetus to Delhi at the start as he scored 37 off the first 45 runs for the team. He was then dismissed by the veteran leggie Pravin Tambe.

Delhi captain JP Duminy then joined Shreyas Iyer. The two continued the quick run flow for 6 overs, after which Iyer departed at the team score of 93-2 in 11 overs.

Duminy was then joined by Yuvraj Singh. The Indian left-hander played a great cameo of 27 off just 17 balls, hitting 2 sixes. He was dismissed in the 17th over by Chris Morris.

Then Angelo Mathews joined and he picked up from where Yuvraj had left. He scored a quick 27 not out off 14 balls, hitting 3 fours and a six.

Duminy played the anchor role at the other end, and stayed unbeaten at 44 off 38 balls. Delhi finished with a score of 184-3.

Rajasthan had a tall chase ahead of them.

The opening pair of Ajinkya Rahane and Sanju Samson provided a good start to Rajasthan. The two scored only 37 in 5 overs, but laid the platform well for others to follow.

However, Mathews got rid of Samson at the end of the 5th over. Soon after, Rajasthan were caught in the spin web of the experienced leggie duo of Amit Mishra and Imran Tahir.

Just 34 balls later, Rajasthan were down to 78-4 in 10.4 overs. However, Rahane was still on the crease. He was then joined by Deepak Hooda, who was a very lesser known-name at the time.

Also Read: SRH vs PBKS in IPL 2021: 5 Key Players to Watch Out For in Tonights Game between SRH vs PBKS

We all now are aware of Hooda’s six-hitting abilities. But this match was the first-ever occasion of the same. He got along with Rahane and the two added 52 runs in less than 5 overs. They looked to be not just back in the chase, but running away with it!

RR then received a setback as Rahane fell short of his 50 and was bowled by Tahir. Hooda, however, did not miss out on his. He scored a brilliant 54 off just 25 balls, hitting 3 fours and 4 sixes!

RR lower-order does the rest

Rajasthan had a pretty solid lower-order at that time. Morris, James Faulkner and Tim Southee all lent their hands with brilliant cameos to ensure their team got over the line!

With 3 runs needed off the final ball, Southee played a cover drive for four and sealed the match for his team!

This match showed us a glimpse of two Indians who are now stars – Shreyas Iyer and Mayank Agarwal. But it belonged to one Deepak Hooda!

He announced himself with this match, and although his career has been a little inconsistent since then, we all are aware of what he can do on this day!

Will someone else from the RR squad play a Hooda-like innings today? Or will it be a player from Delhi to do so? We have to wait and watch!