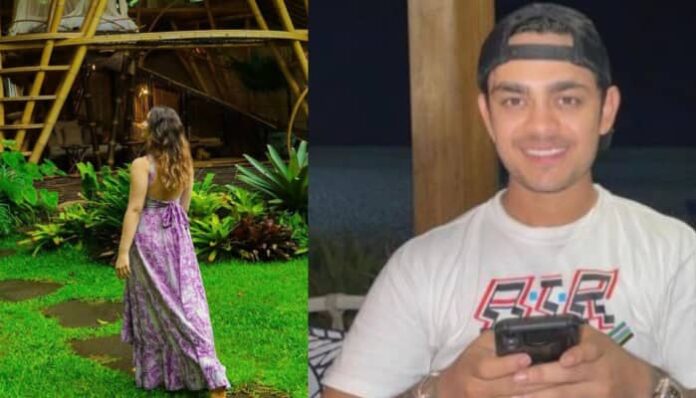 Sachin Tendulkar’s daughter Sara Tendulkar is known for her love for travelling. The internet star’s Instagram is filled with pics.

From her beautiful holiday destinations. Sara posted two more pictures from her Bali holidays which she had visited earlier this year. Or we might.

Know and she may have travelled from London, where she is currently studying, to Bali to holiday again. She posted the pictures of a backless.

Gown from Bali and wrote: “Hut is where the heart is.” Indian cricketer Ishan Kishan has reacted to the photo. The fans have realised that Ishan has liekd the pic.

Check Sara Tendulkar’s photo from Bali and Ishan’s reaction to the pic below:

As told earlier, Sara is in London for her further studies in London at the University College. She has done her graduation in Medicine from.

The same college. Sara keeps posting stories and life updates from London. Not to forget, she started her modelling career earlier this year.

For a clothing brand alongside some bollywood stars. Her fans felt that Sara may take the road to the films through modelling. Alas, it was not to be.

She decided to go for further studies, meaning she might not take the road to Bollywood anytime soon or may not take up that path ever.

Sara was rumoured to be the girlfriend of young Indian batting star Shubman Gill but all those were just rumours. Shubman is currently dating.

Bollywood actres Sara Ali Khan as they have been seen together at lunch once. Ishan has liked the latest picture of Sara but it must be mentioned.

That he is already in a relationship with model Aditi Hundia. Apart from Ishan, father Sachin and former Indian all-rounder Yuvraj Singh has also liked the picture.