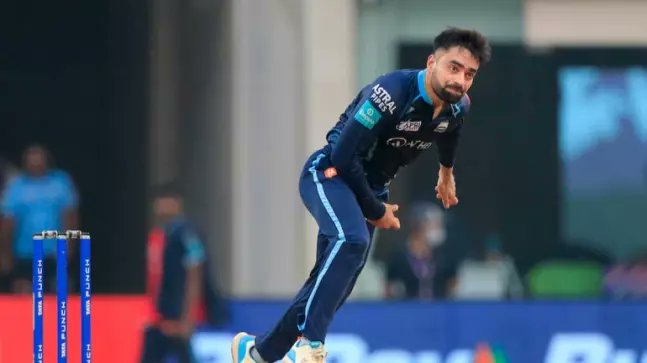 Gujarat Titans leg spinner Rashid Khan on Sunday said that being a part of a winning IPL team is the biggest achievement of his career.

The Gujarat Titans won the IPL 2022 in their first go with Hardik Pandya’s all-around performance of 34 runs.

At the Narendra Modi stadium “Biggest achievement of your career is to be part of a winning IPL team. You always want to do well in big competitions like this.

Winning tournaments like this, you’ll need to put in a lot of hard work and this is certainly a high point of my career,” said Rashid in a post-match press conference.

Star bowler from Afghanistan contributed really well for his team with both bat and ball. In 16 matches he took 19 wickets with an economy of 6.6. With the bat, he was really outstanding.

With a strike rate of 206.82. He made an important 40 runs off 21 balls in a must-win match in the league stage against Chennai Super Kings.

He further added “We assessed the wicket well, we knew it would be hard to chase down 150. Everyone had to take responsibility, we did well to come back well in the middle overs.”

Coming to the match, after posting a low-scoring target of 131, Rajasthan had to produce a special effort with the ball to get back in the game.

The pace duo of Trent Boult and Prasidh Krishna shone with the ball in the powerplay, reducing Gujarat to 31 for two.

With Wriddhiman Saha (5) and Matthew Wade (8) back to the pavilion. Shubman Gill’s risk-free collection of runs and David Miller’s quickfire 32 not out powered.