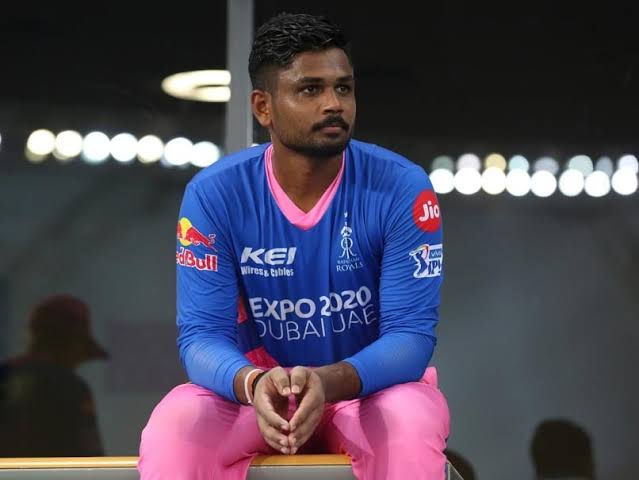 Skipper Sanju Samson reckoned that Rajasthan Royals had put a good score against Gujarat Titans but complained that Eden Gardens’ sticky wicket was the real reason behind the loss.

Despite putting up a great total of 188 Rajasthan suffered a defeat in Qualifier 1 on Tuesday as David Miller played.

Ballistic knock of 68 from 38 balls and Hardik Pandya’s 40 off 27 balls guided debutants Gujarat Titans to a seven-wicket win over.

The inaugural champions at the Eden Gardens. “Felt good to put up that kind of total as I felt the wicket was a bit sticky.

There was a lot of swing in the powerplay. I think we managed to put in a good score, but I think they played really well to chase the score down.

It was a bit two-paced and the bounce was also not even, I just went after the bowling from ball one and I got a bit lucky to get a few runs in the powerplay.

But the wicket was a bit tough to bat on and we finished off really well,” Sanju Samson said in a post-match presentation.

Samson scored a quickfire 26-ball 47 and felt his side did well to post the total they did considering.

The difficulty in scoring runs in the first half of the match and the kind of attack they were up against.

“Scoring that kind of a total on this wicket in these conditions, against that bowling attack was a great performance by our batters.

We have been doing really well, the five bowlers have been our main bowlers and they have done really well throughout the tournament,” Samson said.

“Having Riyan also helps, but felt it was a bit better to bat in the second innings as it came on nicely onto the bat.

We have been playing some really good cricket throughout the tournament, a couple of overs here and there.

In this format luck (the toss) plays a huge role, so it all comes down to what you want to do in your control. Hoping for a good result in the next game,” he added.

Coming to the match, chasing a challenging 189-run target, Gujarat Titans got off to the worst possible start losing Wriddhiman Saha.

For a duck off two balls of Trent Boult’s bowling, caught behind by captain and wicket-keeper Sanju Samson.

Matthew Wade then joined opener Shubman Gill and the duo took GT’s total beyond the 50-run mark in 5.1 overs to notch up a 50-run partnership in just 29 balls.

The partnership carried on as both the batters batted aggressively. The 72-run partnership.

They was broken as Gill was run out by Devdutt Padikkal and Shimron Hetmyer for 35 off 21 balls.

But failed to do so as GT reached the 150-run mark in 16.1 overs. David Miller went on to score his half-century off 35 balls.

Pandya-Miller went on to score a 100-run partnership. In the last over, Gujarat Titans needed 16 runs to win the match and Miller hammered.

Also Read: RCB vs RR Highlights: Plan was to keep it on a good length, says RR& Kuldeep Sen after match-winning four-wicket haul

Prasidh Krishna for three sixes off the first three balls to register a seven-wicket win and become the first team to enter the final.