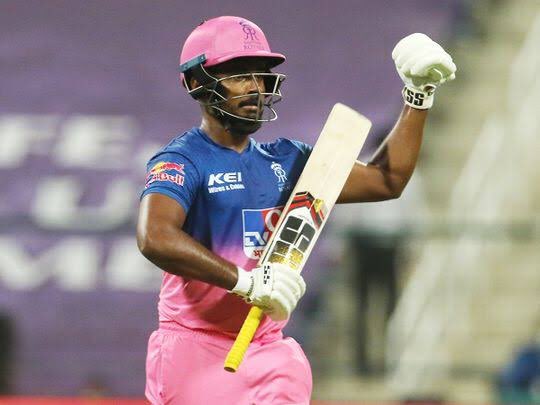 They having finished second on the points table, behind new entrants Gujarat Titans, who they face in Qualifier-1 on Tuesday here at the Edens Gardens.

One of the many factors which has pushed the Royals to the playoffs has been their decisiveness in crucial moments.

Where key players have put their hand up and delivered. Yuzvendra Chahal, who produced one such moment during the team’s match.

Against KKR, expressed his thoughts, “I think that match was really special for me because it (the hattrick) came at a very crucial moment.

Also happened to be the first-ever hattrick of my career. It was sweeter as it came during a pressure situation for us where they only needed 40 runs off four overs.

Sanju gave me the ball and said, ‘it’s on you now, you can do it’. That actually gave me a lot of confidence and I was just thinking about getting wickets.

Because that was the need of the hour for us. I think moments like these, where you lead your team to victory, are really special.”

On the other hand, Jos Buttler’s heroics with the bat have added a spring in the Royals’ step, with the Englishman having accumulated 629 runs at a strike rate of 147.

“I’ve obviously been delighted with my form in the IPL, but a bit disappointed with the last few games. The first half (of the tournament).

I was playing some of the best cricket I’ve ever played, and I’m still taking lots of confidence from that going into the playoffs.” stated Buttler ahead of Qualifier 1.

Experienced all-rounder Ravichandran Ashwin, who has time and again impressed both with the bat and the ball, was asked to comment.

How certain decisions like him retiring out impact a game. “It’s important to understand how it (a decision) is going to give us an edge in important moments.

I think (retiring out) is part of the future of the game in T20 cricket, and I believe it’s there to stay. People are going to perceive it as risky.

Because once you retire a batter out and things don’t go your way you might have to explain that. But if it’s executed well, then it can give you a competitive advantage.”

Having been RR’s most economical bowler this season, Ashwin also expressed his thoughts on the importance of economy when it comes to the net run rate scenarios. “I feel sometimes in cricket.

We can just get caught in the whole ‘picking up wickets or making runs is great’ thinking, but somehow or the other, I keep reiterating that each role.

The game is very, very important,” said Ashwin, who has scored 183 runs and picked up 11 wickets at an economy of 7.14 this season.

Skipper Sanju Samson is leading the franchise for a second full season, but says “not much has changed” in the way he leads.

“I think I’ve actually developed and kept on learning as a batter and also as a captain. I’m really enjoying the responsibility of leading this team.

Especially with so many experienced players in our side. I think when you lead a side, it’s very important to have that kind of perspective.

Where you allow people to come and talk to you in pressure situations and allow them to express their ideas,” stated the 27-year-old.

He added, “I do receive a lot of information, a lot of suggestions from Ash bhai, Yuzi or even Devdutt, when he’s in the slips, even though he’s one of the youngest members of the team.

So, I’m really enjoying the unity and the willingness of everyone to contribute to the team, and I think it’s very important to listen to everyone.

But I also know that the final call has to be from my side, and I have to take the ownership of each and every decision made by the team.”

Over the course of the season, players like Yashasvi Jaiswal, Riyan Parag and Kuldeep Sen have received a lot of backing.

Sanju has explained the thinking behind it. “I think to be very honest, I have also come through the same path with our franchise.

I know how they might be feeling, so it’s very important for me as the captain to tell them what we expect out of them and tell them how good they are.”

Sanju added, “It’s very important to keep on reminding youngsters about how special they are and to make them realise that they are something special.

That’s why they are finding a spot in such a strong team like ours. On top of that, I just make sure they have the freedom to go out there and express themselves.”

Another remarkable facet of the Royals’ team this season has been the togetherness and unity.

Which has been evident both on and off the field, and according to Chahal, it is because of how closely knit.

The group has been since the start. “I know it’s just the first season here (at Royals) for me, but it feels like I’ve been playing here for many years.

It’s like a family already. I’m really relaxed here mentally, and I believe the credit goes to the people here, who take really good care of me.

It’s not just within the playing team and support staff, but also the management, which is something I really value.”

“The way they respect and love me, it has really made me connect with the franchise at a different level. On the other hand, it’s also special for me because Warne sir played for RR.

They was the first-ever Royal, and I think his blessings are with me. I feel like he’s been watching me from above,” added the 31-year-old spinner.

On the other hand, Buttler is into his fifth season as a Royals player, but feels at home as ever.

States he’s also been excited by new friendships. “I said at the start of the season that I was looking forward to getting to know Yuzi.

I’ve really enjoyed it. I think having played against him and now with him, he’s one of those great characters that you want to be in the team with.

He’s sort of the go-to guy for most people and has a lot of fun with everyone. He’s always encouraging you and always looking out for everyone.

I think that is part of the DNA of the Royals and one of the reasons we’ve been enjoying our cricket so far,” signed off the 31-year-old.