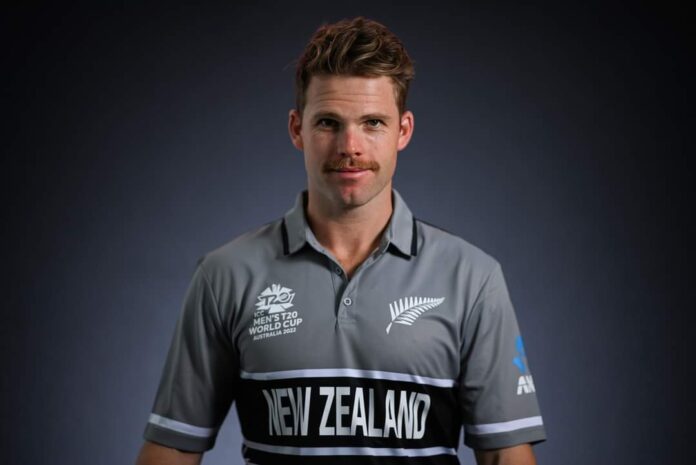 New Zealand team have unveiled their new jersey for the upcoming ICC T20 World Cup 2022 in Australia, which will take place from October-November this year.

The New Zealand Cricket (NZC) took to social media to make the announcement of the jersey reveal. It was done via a photoshoot featuring.

“Our shirt for the @t20worldcup in Australia is here #T20WorldCup #CricketNation #Cricket, said BlackCapsNZ on Instagram.

The shirt design has a retro look and is a combination of shirts worn by the side in the early 90s. It has a brand new design that combines Kiwis’.

Black colours with heritage grey. Grey was a prominently present colour in NZ’s jerseys in the 1990s. The shirt also moves away from fern.

As a key graphic, instead the Southern Cross is used as a nod to New Zealand. Earlier on September 20, New Zealand announced their.

Squad for the upcoming ICC T20 World Cup 2022 and the opener Martin Guptill is set to make a record seventh appearance at the event.

The Kiwis are set to open their T20 World Cup campaign against Australia at the SCG on Saturday, October 22, before facing Afghanistan (MCG)

England (Gabba) and two qualifiers at the SCG and Adelaide Oval respectively. They are all part of Group 1 in the Super 12 phase.

New Zealand were the runners-up in the 2021 edition of the tournament, losing to Australia in the final.