Home Cricket BCCI IND vs SA 4th T20I Highlights: Lack of adaptability on our side:... 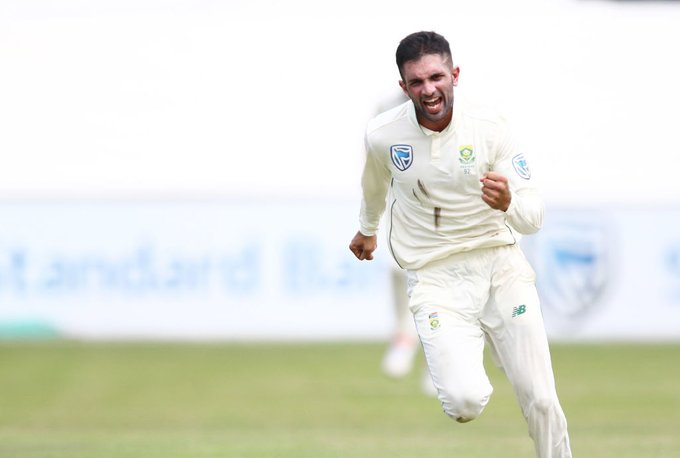 IND vs SA 4th T20I Highlights: Lack of adaptability on our side: SA’s Keshav Maharaj after loss against India

Stand-in captain of South Africa Keshav Maharaj admitted that there was a lack of adaptability from the visitors’ side and added that Proteas need to be a bit more proactive.

A brilliant all-round display helped India beat South Africa by 82 runs in the fourth T20I in Rajkot on Friday.

Keshav Maharaj, Stand-in captain of SA in the post-match presentation said: “Obviously didn’t go according to plan in the last few overs.

But we felt the pitch got a bit better at the end. It is the lack of adaptability on our side. We need to be a bit more proactive.

“We stifled ourselves in the powerplay. We didn’t get any partnerships and just exploded.

Their bowlers bowled really well too. DK played really well at the end but we need to have better plans and adapt better,” he added.

Dinesh Karthik scored his maiden T20I half-century – more than 15 years after making his debut in the format on Friday.

With this victory, India have levelled the series 2-2 with one match still to go. Talking about the 5th match of the series, Maharaj said:

“India is a tough place for spinners to bowl with small grounds. There will be a lot of buzz at the ground in Bangalore. Expect it to be a cracker.”

After India’s 82-run victory, the series has now been perfectly set up for a scintillating finale in Bengaluru. South Africa were brilliant in the first two matches.

but the hosts have fought back with great gusto to level up the scores. The fifth and final clash will be played at the M. Chinnaswamy Stadium on June 19, with a winner being hard to predict.

With the T20 World Cup not far away, a pressure cooker situation though will be the perfect preparation for both the sides heading into Australia.