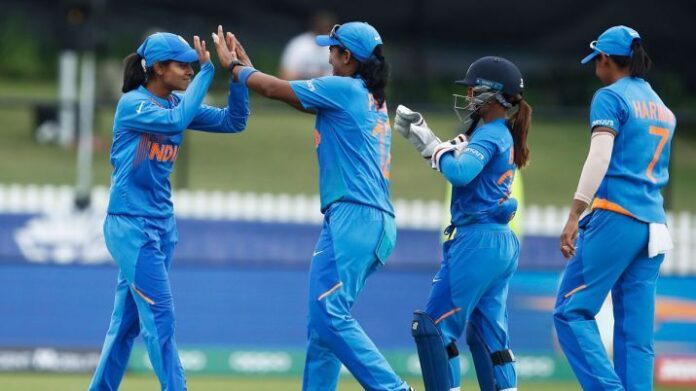 Sri Lankan bowlers dominated the proceedings in the first T20I against India, restricting India to 138/6 in their 20 overs here at Rangiri Dambulla.

Captain Harmanpreet Kaur and Jemimah Rodrigues putting some resistance. Lankan bowlers were great and did not allow partnerships to prosper for long.

Put to bat first, India got off to a poor start, losing opener Smriti Mandhana (1) and Sabbhineni Meghana (0) in two consecutive balls of pacer Oshadi Ranasinghe’s fourth over.

Shafali looked in great touch, smashing four boundaries. She was dismissed by the captain Athapaththu for 31 off 31 balls, after being caught by Nilakshi de Silva at long-on.

At the end of 10 overs, India was at 58/3, with Harmanpreet Kaur (22*) and Jemimah Rodrigues (1*). Soon, captain Kaur was dismissed leg before wicket for 22 by spinner Inoka Ranaweera, sinking India to 58/4.

Afterwards, Rodrigues and Richa Ghosh, the wicketkeeper-batter had to rebuild. But the 23-run stand came to an abrupt end after Ranaweera dismissed him.

With assistance from the safe hands of Anushka Sanjeewani for 11. With this, half of the Indian team was back in the hut for 81.

The duo had a short 25-run partnership, which ended with the dismissal of Vastrakar for 14 after she was bowled by Ranaweera.

Jemimah Rodrigues was standing tall all this while, keeping one end steady. India ended their innings at 138/6, with Rodrigues (36*) and Deepti Sharma (17*)

Inoka Ranaweera was the pick of the bowlers for Sri Lanka, taking 3/30. Oshadi Ranasinghe also took two wickets while Athapaththu got one.