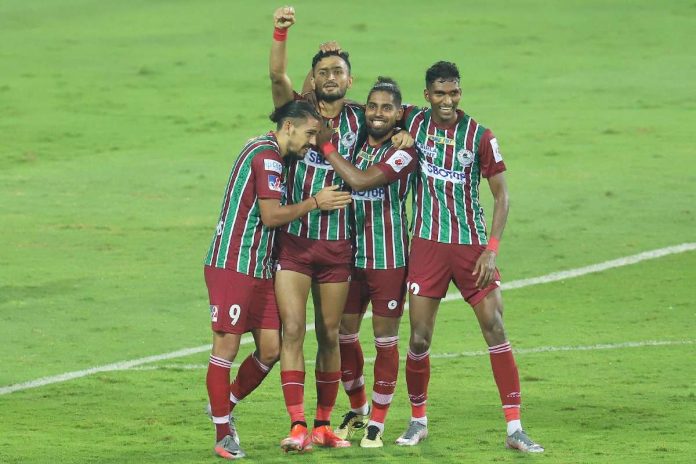 ISL – ATK Mohun Bagan beats North East United: The Mariners got the better of the Highlanders to become the second team after Mumbai City to book their place in the final of the ISL 2020-21 season.

ATK Mohun Bagan beat NorthEast United 2-1 (3-2 on aggregate) in the semi-final to book their berth in the final of the Indian Super League (ISL) 2020-21 season.

David Williams have the Mariners the lead in the 38th minute and Manvir Singh doubled their lead in the 68th minute. VP Suhair pulled one back for the Highlanders in the 74th minute but it wasn’t enough.

NorthEast United had the ideal chance to restore parity in the game in the 83rd minute after Idrissa Sylla was brought down by Subhasish Bose inside the box and a penalty was awarded to them but Luis Machado failed to convert the spot-kick.

This is the first time in their history that the Mariners have made it to the final of the competition.

While the Kolkata giants will play the final of the competition for the first time in their history, their coach Antonio will make his third ISL final appearance. Interestingly Habas has never lost a final.

Since Khalid Jamil took charge of the Highlanders, this is the first time the club has lost. Until the second leg of the play-offs, NorthEast United were unbeaten in 11 matches out of which 10 were under the Indian coach.

ATK Mohun Bagan will now face Mumbai City in the final on Saturday, March 13 at the Fatorda Stadium.