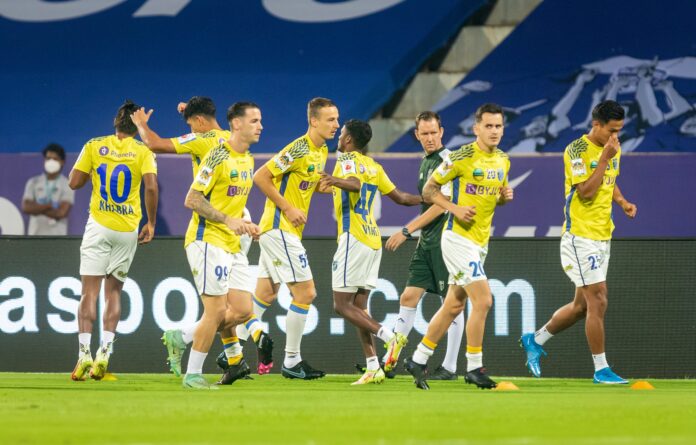 Kerala Blasters vs Odisha: Kerala Blasters continue their search for a first win of the season when they face Odisha in their next ISL match on Sunday.

Kerala Blasters managed to sneak in a point when they drew 1-1 against Bengaluru FC in their previous clash last Sunday. 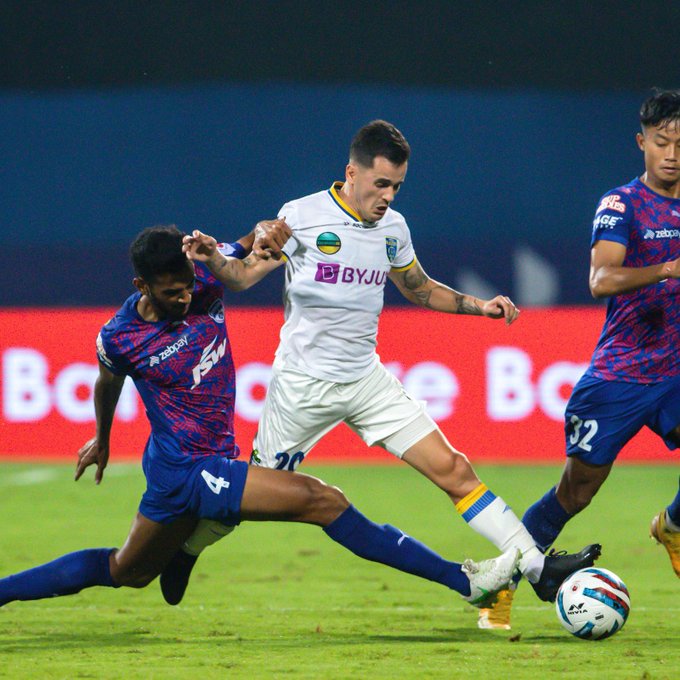 Also read: 5 football managers who have spent the most money on transfers; check out

Kuruniya scored the opener for Bengaluru in the 84th minute before the defender helped in equalizing matters for Kerala by scoring an own goal 2 minutes from time.

This left Kerala in 9th place with 2 points from 3 matches having yet to taste victory in the league this season.

On the other hand, Odisha FC won their previous clash against SC East Bengal 6-4 on Tuesday.

Rodas and Cabrera scored twice each alongside goals from Hernandez and Vanlalruatfela; which proved to be enough.

The 10-goal thriller was very similar to the previous time, the two sides played where it finished 6-5 in Odisha’s favour.

Odisha made it successive wins with the three-points and have remain one of the three sides yet to lose a match this season.

Both sides last met in the ISL in February 2021, where Odisha FC drew 2-2 against Kerala Blasters.

Where to watch the live stream and broadcast of Kerala Blasters vs Odisha in India?

The match can be live streamed on Hotstar VIP App or Jio TV; while the broadcast is on Star Sports 2/HD, Star Sports 3.

Kerala miss the services of Rahul KP due to a groin injury whereas Odisha has no injury concerns ahead of this one.

Kerala have not hit their strides as yet, whereas Odisha have begun their campaign well.

The visitors in this one is expected to continue their winning run as they have the form.