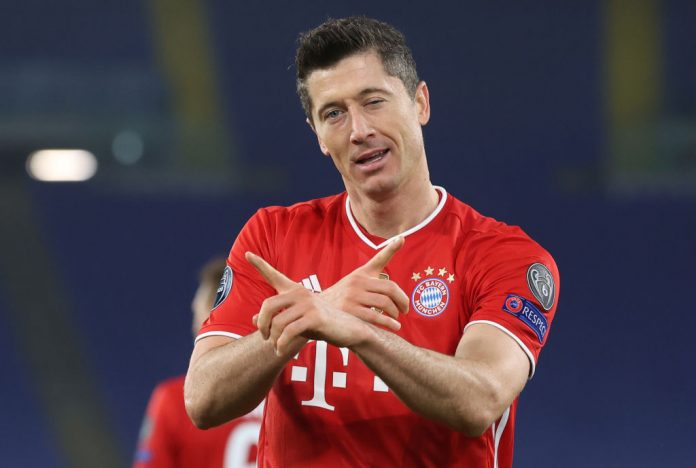 Bayern Munich beats Stuttgart: Bayern Munich won 4-0 over Stuttgart in the Bundesliga. Robert Lewandowski became a star for Bayern who played with 10 people from the early minutes.

The course of the match

Bayern have had to play with 10 people since the 12th minute. Alphonso Davies received a red card because he was judged to have stepped on Wataru Endo’s feet.

The referee initially gave a yellow card to Davies. However, VAR analyzed the offense and decided that Davies should be red-carded.

Stuttgart had threatened Bayern’s goal two minutes later. Borna Sosa fired a cross which Sasa Kalajdzic greeted with a header, but the ball was stopped by Manuel Neuer.

In fact, it was Bayern who then took the lead in the 17th minute. Robert Lewandowski broke into the Stuttgart goal with a shot from close range after using Serge Gnabry’s pass from the left.

Five minutes later, Bayern doubled their lead. The collaboration of Thomas Mueller and Leroy Sane was completed perfectly by Gnabry with a shot from inside the penalty box.

Bayern scored their third goal of the match in the 23rd minute. Mueller who moves on the right side then releases a cross into the penalty box. Lewandowski, who was relatively free, then headed the ball towards the top right corner of Gregor Kobel’s goal.

Bayern made Stuttgart sink even more in the 39th minute. Lewandowski scored a hat-trick to put Bayern up 4-0.

Gonzalo Castro’s attempt to cut Sane’s pass led the ball to Lewandowski. The Polish striker also did not waste the opportunity by firing a low shot into the bottom corner of the goal.

Entering the second half, Stuttgart, who was left behind, tried to suppress Bayern. However, the visitors had difficulty dismantling the Bayern defense meeting.

Kalajdzic had the opportunity to score a goal, but his header was still secured by Neuer.

Lewandowski failed to add to his goal coffers in the second half. Even though he was free standing in the penalty box, Lewandowski could not direct his shot at goal.

Bayern got another chance on the counter attack. Sane worked one-two with Choupo-Moting before firing a shot that narrowly flew over the Stuttgart crossbar.

No additional goals were created in the second half. Bayern closed the match with a 4-0 win despite playing with 10 people.