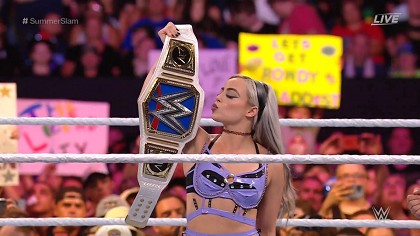 During the broadcasts of SummerSlam 2022 through Peacock and WWE Network, superstar Liv Morgan managed to retain the SmackDown Women’s Championship.

After defeating Ronda Rousey hand in hand. This was the second to last matchup of the summer special Premium.

Live Event in Nashville, Tennessee.  Morgan quickly found himself in danger during the first moments of the fight.  The challenger took some offense.

Before trapping her rival with several Armbars.  Quickly, Liv decided to push Ronda until her shoulders were on the mat for a count of three.

In this way, Liv Morgan retains the SmackDown Women’s Championship in her first title defense.  The superstar marks 28 days since her title victory.

At Money in the Bank 2022. Liv defeated Ronda Rousey after redeeming the contract that she won the same night to lift her first title within WWE.