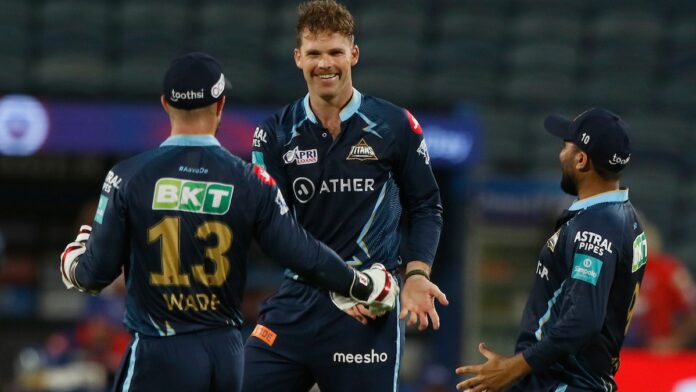 won the Fastest Delivery of the season award.The Gujarat Titans won the IPL 2022.

Their first go on. with Hardik Pandya’s all-around performance of 34 runs and three wickets powering them to a seven-wicket win over.

With an economy of 8.96. His best performance came against Delhi Capitals which scalped 4 wicket haul in the league stage.

Talking about SRH’s Umran Malik who bowled the second fastest ball this season and the fastest ball of IPL history ever bowled by any Indian bowler.

He was also named Emerging Player of the Season.He bowled at a pace of 157 kmph against DC in the league stage.

They won the Fastest ball of the match award in every single match he had played this season. His best performance.

Against debutant Gujarat Titans in the league stage. He took a five-wicket haul in that match. He played brilliantly against Punjab Kings and Mumbai Indians too.

Where he bagged 4 and 3 wickets respectively.Umran also got his maiden India call for the South Africa series. KL Rahul will lead the team.

Also Read: GT vs RR Final Highlights: Sangakkara feels there& scope of improvement in all areas in Rajasthan Royals

Wicket-keeper batter Rishabh Pant will be the vice-captain for the five-match T20I series against South Africa starting June 9.