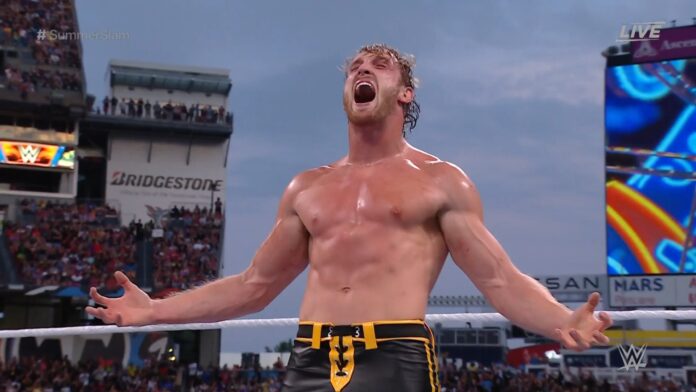 During the transmissions of SummerSlam 2022 through Peacock and WWE Network, the influencer Logan Paul obtained his first victory in WWE against The Miz.

This was the second matchup of the summer special Premium Live Event in Nashville, Tennessee.  The fans received a solid Logan Paul between the ropes and that he put.

“The Awesome” in danger on several occasions.  After a brief interruption between AJ Styles and Tommaso Ciampa Logan opted to lunge.

At his opponent at the announce table before finishing it off with his own Skull Crushing Finale for the count of three. Logan Paul refused to.

Team up with The Miz at SummerSlam. After betraying “The Maverick” at WrestleMania, The Miz bragged for several weeks about.

The possibility of teaming with him again at SummerSlam.  “The Awesome” did not count on his former partner signing a contract.

With the company to have his first individual heads-up before him.  After escaping an answer, The Miz finally accepted Logan Paul’s challenge

At the end of WWE RAW on July 18.  The two men had several physical altercations where Maryse and Tommaso Ciampa also intervened.