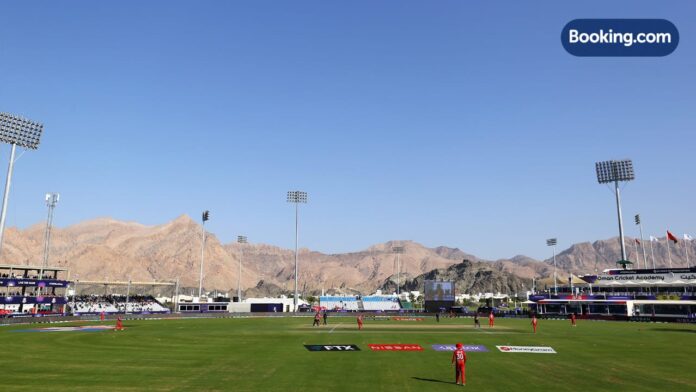 Men’s T20 World Cup Qualifier A gets underway in Oman from February 18 with Nepal taking on the hosts in the opener.

It features hosts Oman, Bahrain, Canada, Germany, Ireland, Nepal, Philippines, and United Arab Emirates (UAE). Ireland and Oman had qualified for this tournament after being eliminated in the first round.

Nepal and the UAE booked their slots via their rankings in the ICC Men’s T20I Team rankings. The other participating teams qualified through regional qualifying tournaments held through the course of last year.

The teams in Qualifier A are divided into two groups of four. Each team will play all the other teams once in its group, followed by position classification matches. The two teams that reach the final will advance to the ICC Men’s T20 World Cup 2022 in Australia later this year.

Group A of the qualifier features Canada Nepal, Oman, and the Philippines whilst, Group B features Bahrain, Germany, Ireland, and UAE.

“70 teams started the qualification process for this event. And we’ve now reached the final stages with four spots at the ICC Men’s T20 World Cup 2022 set to be decided in two global qualifiers starting with this one in Oman,” ICC Head of Events, Chris Tetley said as per an official ICC release.

Also Read: Top 5 most expensive football trophies in the world; check out who tops

“With such a prize at stake, we’re anticipating top quality and competitive cricket as the teams battle to secure their place in the final and onto the plane to Australia later this year. Thanks to Oman Cricket, who are hosting their second ICC global event following last year’s ICC Men’s T20 World Cup, for their support in planning what we trust will be another safe and successful event,” he added.

It will take place from July 11-17, 2022, in Harare, Zimbabwe and will feature Hong Kong, Jersey, Netherlands, Papua New Guinea, Singapore, Uganda, the United States of America (USA) along with hosts Zimbabwe.