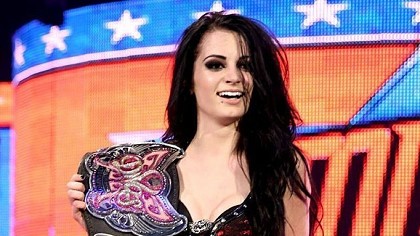 Paige WWE Latest News: Paige charges WWE for their use of women on the Divas stage

Over the past decade, Paige has been one of the biggest names in WWE’s women’s division, leading the women’s revolution alongside.

Emma and AJ Lee until it finally exploded with The Four Horsewomen on NXT. Now, Paige, who came to be known as “the anti-diva,” has spoken out about.

WWE’s treatment of women in the past, and was highly critical of their use in programming. These were her words in the last program.

Of The Bellas Podcast: You girls were treated like shit ** dog. It’s something that can’t happen anymore. It’s outrageous.

I remember, in my family’s documentary, that they were still shooting it when I just arrived and said: ‘I don’t want that women be seen as the time to go pee.

You just weren’t being given the chance, and I was telling everyone that. ‘They weren’t fighting to be Divas who just want to be oversexualized.

That’s just what they’re given and they’re trying to do the best they can with it.’ I was like: ‘If they gave them the same opportunities that.

We more or less had, it would be a completely different story. In addition to that, this weekend, Paige was interviewed at the Starrcast V event.

The former fighter talked about the possibility of facing Britt Baker and Sasha Banks, with whom she already has a past in WWE.

At some point, I would like to face Sasha, because we already have a storyline behind it and she is a fighter. fantastic. But I still have to be careful.

I have that mental block right now, but at some point, at the right time and with the right person… I will definitely have a match again.”