Home Cricket BCCI PBKS vs RR: Blast From the Past – A Special Story between... 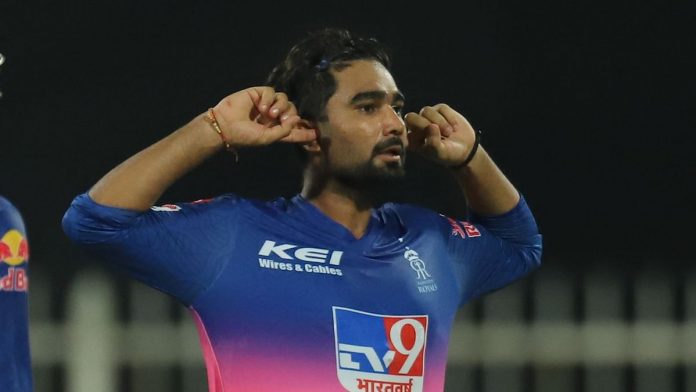 PBKS vs RR: It’s the North Indian derby as the Kings from Punjab take on the Royals of Rajasthan! We look back at one of their most memorable encounters from the recent past.

These two sides have had some amazing games in the past. Here, we look back at one such game from the last season of the IPL.

It was Match No. 9 of IPL 2020, played between RR and (then) Kings XI Punjab. The match took place in Sharjah, which was a flat wicket and had very small boundaries. Therefore, it looked set to be a very high-scoring game.

RR captain at that time Steve Smith won the toss and elected to bowl first. The Punjab batsmen made great use of the conditions, as the famed opening duo of KL Rahul and Mayank Agarwal hammered a 183-run partnership in just 16.3 overs.

Agarwal scored a well-deserved 100 and his captain Rahul scored 69, as Punjab finished with a massive score of 223-2.

Also Read: PBKS vs RR IPL 2021: 5 Key Players to Watch Out for in Tonights Match

RR with a bad start

Rajasthan came out to bat, and lost their key opener Jos Buttler early. Sanju Samson and Steve Smith steadied the ship as the latter scored 50 off just 27 balls.

As Smith was dismissed, out came Rahul Tewatia at No. 4 to everyone’s surprise. He struggled to connect bat on ball for the first 19 balls of his innings, scoring only 8 runs off them. Pressure was mounting on Samson to do the job alone for his team.

Then, Punjab skipper Rahul decided to give one more over to Glenn Maxwell, which changed the game. Samson hit 3 sixes in that over to bring RR back on track.

However, they still needed 63 off the last 4 overs. Then, Mohammad Shami got Samson out on the first ball of the 17th over. After the end of that over, the equation was down to 51 off 18 balls.

Sheldon Cottrell was handed the ball and Rahul Tewatia was on strike. The left-hander had scored 17 off 23 balls before that over. In this over, he smashed Cottrell for 5 sixes and ended it with being 47 off 29! Tewatia scored 30 runs in one over!

The equation was now down to 21 off 12 balls, and Rajasthan achieved those runs with 3 balls to spare. It is still the highest-ever successful run chase in IPL history!

The match told a wonderful story and created a new star. It told a story of how you should never give up, and if you have the belief in yourself, you will always end up winning!

Tewatia was being heavily criticized for not being able to score runs quickly in a big chase like that. But he turned it all around in just one over!

Here’s hoping that we get a match as good as that between these two sides, tonight!