Home Cricket BCCI Players with most runs as a Test Captain among active cricketers |... 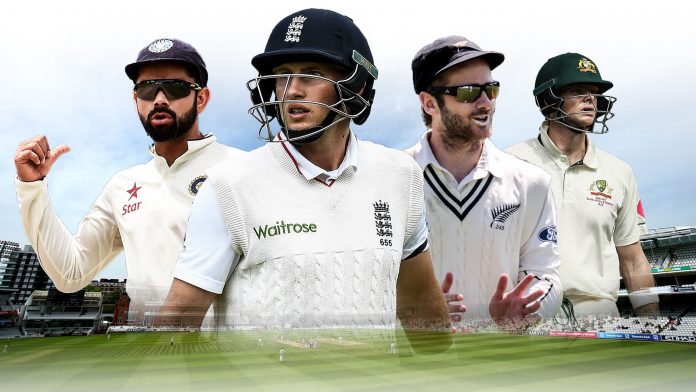 Most Runs As A Test Captain Among Active Cricketers

Most Test Runs: Test cricket is the toughest across all cricketing formats, there is a mental and physical test of players in this format of the game. In this, it is the victory of the same team who maintains his determination and passion on the five days of the game.

The first official Test match was played between England and Australia at the Melbourne Cricket Ground from 15 to 19 March 1877. In 2012, the ICC made some changes in the playing conditions for Test matches. Giving permission for Day-Night Test matches is one of them.

From 1877 to the 21st century, Test cricket has had thousands of captains. Some of those captains have taken their country to the greatest heights in cricket. Right now we are going to see the highest run-scorer Test captain among active cricketers.

Also Read: Top 5 players who have scored hundred on their Birthday | Catch Names

Virat Kohli has become a role model for millions of young children of the 21st century. His consistency and his fitness have brought him to a different level. Virat Kohli has 5449 Test runs including 20 hundred and 15 half-centuries as a captain of India. Which is the highest among active cricketers captains. Virat Kohli led India in 61 test matches.

England Test skipper Joe Root is at second position in this list with an aggregate of 4120. Root captained England in 52 Test matches in which he smashed 9 hundred and 22 fifties with an average near about 45.

The most successful unorthodox batter in the cricketing history Smith vacant number 3 position in the table. Currently, he is not captain of the Aussies, but before that he led Australia in 34 test matches in which he scored 3659 runs including 15 centuries and 13 half-centuries with the mighty average of 79.37.

Kane Williamson is the calmest and natural captain of cricket ever. He is the silent killer from The Pacific, recently became the first captain in the cricketing history who won the World Test Championship is sitting at number 4 on this list. Kane led Kiwis in 37 matches in which he scored 3193 runs with an average of 61.40 including 11 centuries and 14 half-centuries.