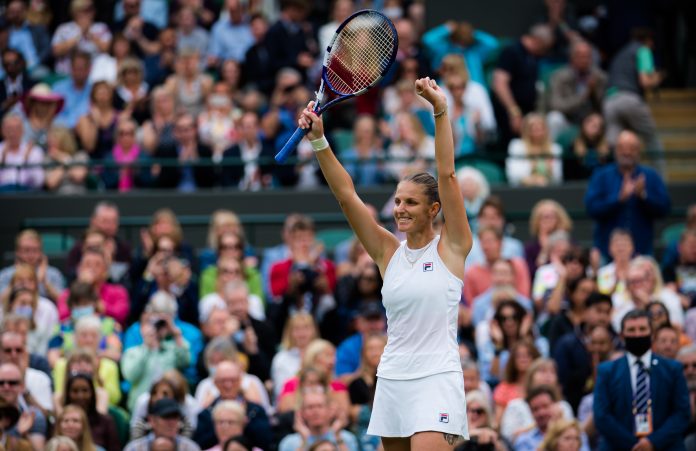 Sabalenka has won titles on hard and claycourt this year and is looking to taste glory on grass as well. She arrived at SW19 on the back of a quarterfinal appearance at Eastbourne and has since got better with every match.

Pliskova, meanwhile, seems to have rediscovered her best form after months of struggle. In 12 events prior to the grasscourt Major, the Czech managed to breach the quarterfinal hurdle just once, in Rome. On that occasion, she suffered the ignominy of being double bageled by Iga Swiatek in the summit clash.

Karolina Pliskova and Aryna Sabalenka have been in great form at Wimbledon. This one should go the distance where Sabalenka is backed to emerge victorious.

Aryna Sabalenka leads Karolina Pliskova 2-0 in the head-to-head, with the Belarusian winning both meetings in three sets. They first met on the grasscourts of Eastbourne in 2018 while their next showdown happened a few weeks later at Cincinnati.

The World No.13 reached her first final of the year in Rome where she produced an embarrassing 6-0 6-0 loss to Iga Swiatek.

Pliskova lost in the second round at the French Open. She switched to grass courts, suffering first round defeats in Berlin and Eastbourne.

The Czech put that behind her at Wimbledon. She hasn’t lost a set, beating Tamara Zidansek, Donna Vekic, Tereza Martincova and Ludmilla Samsonova.

Aryna Sabalenka has been in great form in 2021. She won in Abu Dhabi in January before a 3-6 6-0 6-3 loss to Ashleigh Barty in the Stuttgart Open final.

The 23-year-old turned the tables in her next tournament in Madrid, beating Barty 6-0 3-6 6-4 in the final.
The World No.4 lost to Cori Gauff in Rome and Anastasia Pavlyuchenkova at the French Open before switching to grass. The Belarusian lost 7-6 0-6 6-4 to Camila Giorgi in the Eastbourne quarter-finals.

Sabalenka started Wimbledon with an easy win against Monica Niculescu before a 4-6 6-3 6-3 win against Katie Boulter where she saved 9/12 break points.

The Live action of Wimbledon 2021 will telecast on Star Sports network and Disney + Hotstar.