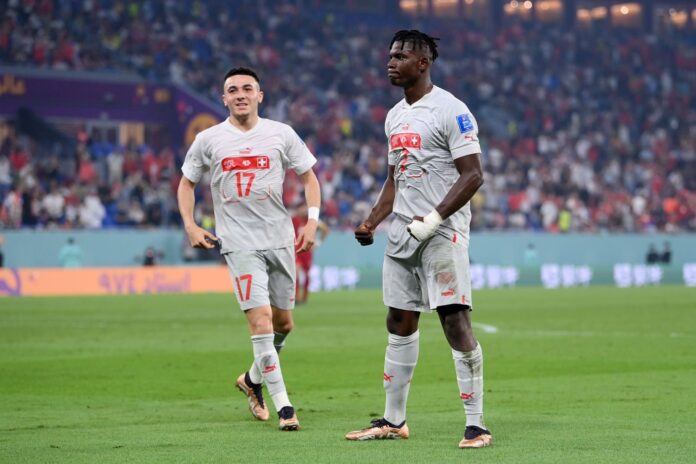 Switzerland 3-2 Serbia: Switzerland sealed their place in the Round of 16 with a 3-2 win over Serbia to end up in second spot in Group G on Friday.

Shaqiri, Embolo and Freuler scored for the Swiss side while Serbian strikers, Mitrovic and Vlahovic struck for Serbia in this final group stage match of the WC.

The victory set up a Round of 16 with Cristiano Ronaldo’s Portugal on Tuesday night at Lusail Stadium; with the two teams having met recently.

Zivkovic came closest to opening the scoring in the 11th minute as he struck back off the upright from a pure curler.

However; Switzerland drew first blood in the 20th minute when Shaqiri struck home from the right of the box from Sow’s low cross.

Only three players have scored in each of the last three editions of the #FIFAWorldCup.

They were only ahead for six minutes as Mitrovic headed home from Tadic’s cross to equalize for Serbia.

Vlahovic was next in line for Serbia as the Juventus striker fired across goal from Tadic’s pass to give them a 2-1 lead. This after Shaqiri’s error in mid-field saw him give the ball away. 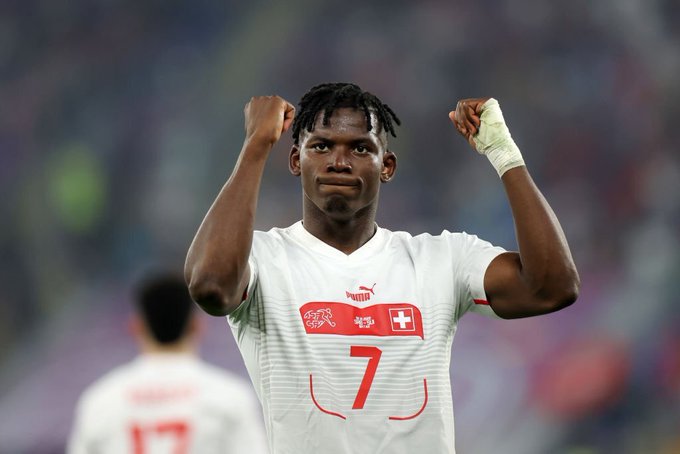 But it did not take long once again as Switzerland piled on the pressure and scored the equalizer in the 44th minute through Embolo.

Widmer fired the ball from across goal for the Monaco striker to slot home from close range. The rip-roaring half came to an end as both sides scored 2 goals apiece.

What a strike force Serbia have to call upon! 😳 pic.twitter.com/wXf88SOLZO 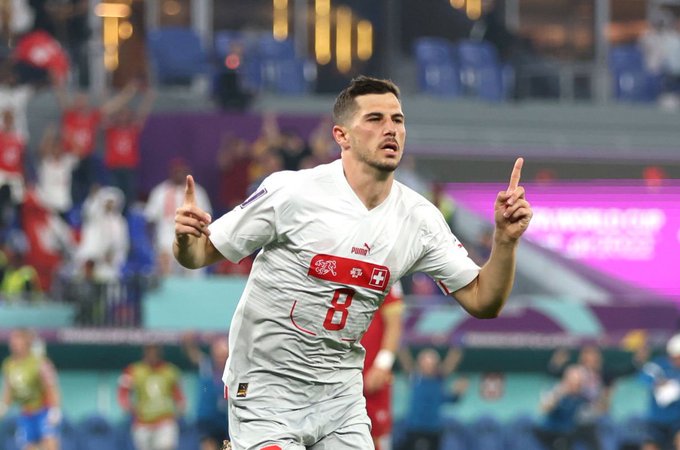 Also read: South Korea seal a famous 2-1 win over Portugal in Group H thriller; qualify for Round of 16

It was the perfect start to the 2nd half for Switzerland as Freuler scored a sumptuous goal to send his side 3-2 ahead in the 48th minute.

Switzerland and Serbia had decent chances to make this encounter interesting but did not maximize their opportunities.

The Swiss side held on for a 3-2 win and sealed their place in the Round of 16 as Group G’s 2nd place finish.

SWITZERLAND ADVANCE AFTER A WORLD CUP CLASSIC AGAINST SERBIA! 😱 pic.twitter.com/GVFFBboFLC

Cameroon beat Brazil 1-0 as Aboubakar scored a late 92nd minute winner. However, it wasn’t enough as Cameroon finished in third place with 4 points and are knocked out of the WC alongside Serbia.

He took his shirt off, got a second yellow and was sent off.