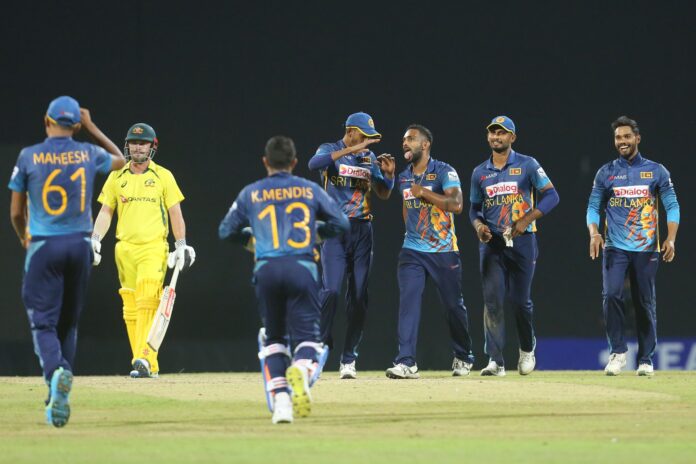 Australia could be forced to re-jig their line-up for the first Test against Sri Lanka next week with news that in-form batter Travis Head is battling a hamstring problem.

Friday’s fifth and final ODI at R. Premadasa Stadium. It also means the 28-year-old is in serious doubt for the first Test of the two-match series.

That commences in Galle on June 29. While Australia’s white-ball captain Aaron Finch. They was reluctant to discuss Head’s availability for the Test series.

He did confirm the talented left-hander would miss the final ODI match of the series.

“It’s a bit more of a precaution, especially with where he fields,” Finch said.”He fields in the outfield and the ground is quite heavy.

He does a lot of K’s (kilometres). I’m not sure what he’ll be like for the Tests but he’s definitely not available for tomorrow,” added Finch.

If Head does miss the opening Test then Australia has plenty of options to consider as his replacement.

They given Australia A squad is currently midway through a four-day match against Sri Lanka’s A side nearby in Hambantota.

While veteran all-rounder Glenn Maxwell could even be used if selectors want another part-time spinning option. Maxwell hasn’t played a Test for almost five years.

But newly-appointed Australia coach Andrew McDonald recently refused to close the door on the talented 33-year-old making a return to five-day cricket.

“You never know with what is going to happen,” McDonald said on Melbourne radio station SEN last month.

“He (Maxwell) has got a great record in the sub-continent, and in India in particular with that hundred in Ranchi and he can also give us off-spin.”

Australia currently sit in first place on the World Test Championship standings ahead of a vital period for all countries with plenty of five-day cricket to be played.

Also Read: SL vs AUS Highlights: We let the game slip out of our hands: Aus skipper Finch after loss to SL

Sri Lanka are fourth on the standings and will be full of confidence following their ODI series victory.