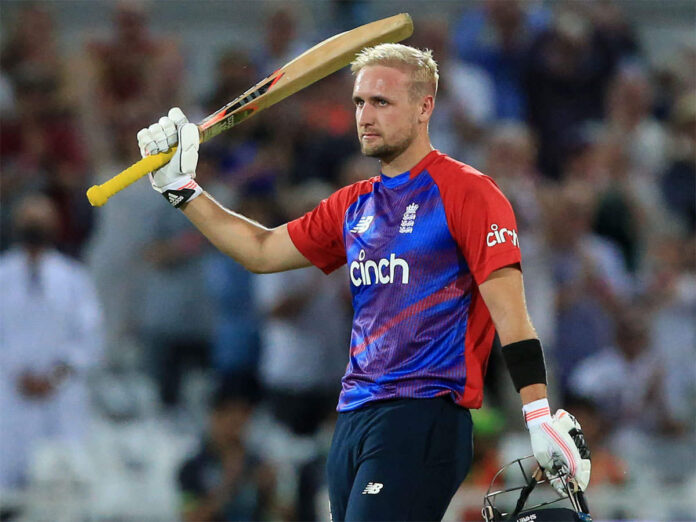 After ending his IPL 2022 on a high note, Punjab Kings all-rounder Liam Livingstone expressed happiness about proving those people wrong who had criticised him after last year’s edition.

A blistering performance of 49* runs by Liam Livingstone and a quick 19 by Jitesh Sharma helped PBKS to register a five wickets.

Victory over Sunrisers Hyderabad in the last league match of IPL 2022 here at Wankhede Stadium on Sunday.
In IPL 2021.

Livingstone was a part of Rajasthan Royals but he played only 5 matches, where he scored 70 runs, with an average of 23.33.

All these different tournaments around the world, It’s all about gaining that experience and try to become a better player,” said Livingstone in a post-match presentation.

“I will go back to England now and try and use what I’ve learnt this tournament in the next tournament. I love bowling.

It is not the easiest thing, it does not come naturally to me, I would’ve probably liked to have bowl more through the tournament,” he added.

Regarding the clash against SRH, the all-rounder said that the team found the right balance between attacking and being smart.

“It was nice. I felt like I have been hitting the ball well all tournament, but got out in stupid ways at times too early, but it’s the way I have played, I have tried to play.

It’s the way we have tried to play. The way we played today was perfect, we got the balance right between attacking and being smart,” said the all-rounder.

“It has been a long old two-and-a-half months, nice to get out of here, to be honest. I’m a big believer in matchups, I knew today.

My two matchups were Umran and Washi, I tried to wait for them, they did not come back because they obviously knew that I was their matchup,’ he added.

Coming to the match, Livingstone’s unbeaten knock of 49 runs helped PBKS in chasing the target of 158 in just 15.1 overs.

With five wickets in hand. Apart from him, Shikhar Dhawan and Jitesh Sharma score 39 and 19 respectively.

For SRH, Fazalhaq Farooqi bagged two wickets, while Jagadeesha Suchith and Washington Sundar settled for one wicket each.

With this win, PBKS ended their IPL 2022 campaign with a total of 14 points while SRH finished with 12 points.