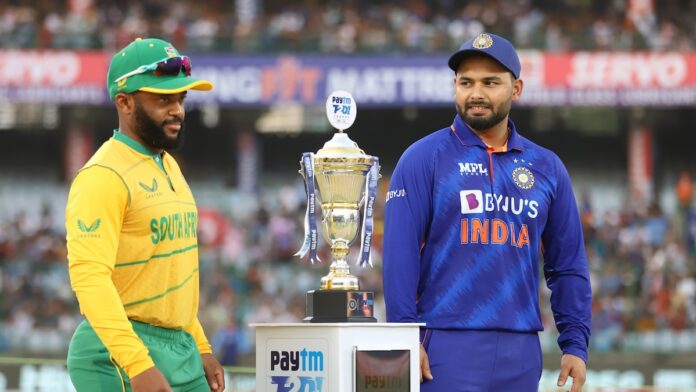 Following their all-round clinical performance against South Africa that saw it level the series, India has registered its biggest win against Proteas in terms of runs.

The Men in Blue achieved this landmark in the fourth T20I of the five-match series against SA at Saurashtra Cricket Association Stadium, Rajkot.

Having set Proteas a competitive 170 runs to win, Indian bowlers bundled them out for 87, winning the match by 82 runs.

With this, they have outdone their previous record of winning by 48 runs, which they had accomplished in the previous T20I outing of the series at Visakhapatnam.

Coming to the match, put to bat first, India’s top order failed to show a good performance in a crucial match, leaving the side struggling at 81/4.

Also Read: IND vs SA 4th T20I Highlights: Lack of adaptability on our side: SA& Keshav Maharaj after loss against India

In reply, South African batters never looked in good touch and the side kept losing wickets regularly. They could not withstand the dangerous mixture.

Of pace and spin thrown at them by Indian bowlers and were bundled out for 87. Rassie Van Der Dussen top-scored for his side with 20.

Pacer Avesh Khan (4/18) and spinner Yuzvendra Chahal (2/21) were the stars for India with the ball.

Dinesh Karthik was named the ‘Man of the Match’ for his superb 55, which was also his maiden T20I fifty.

With this, the series is level at 2-2 and the final match will be played at M.Chinnaswamy Stadium, Bengaluru on June 19.