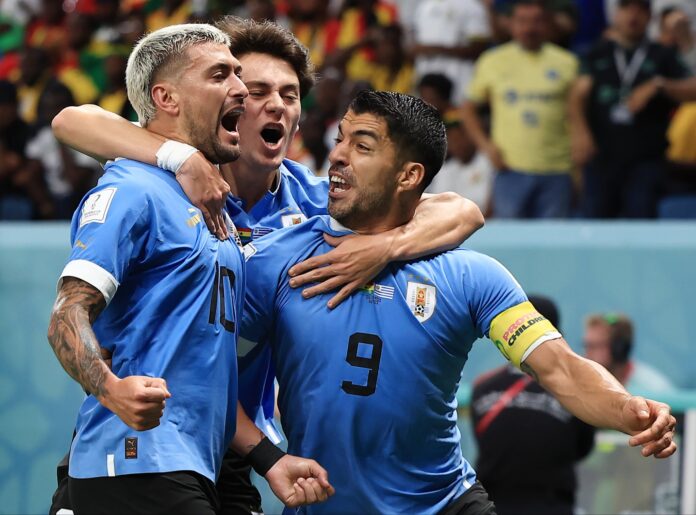 Uruguay 2-0 Ghana: De Arrascaeta scored a brace for Uruguay as they beat Ghana 2-0 in their final Group G match on Friday night at Al Janoub Stadium.

However; it wasn’t meant to be as they were knocked out of the competition on the basis of goals scored after they and South Korea finished with 4 points each.

Ghana are the first country to miss 2 non-shootout penalties against the same opponents at World Cups:

Ayew missed an early penalty in the first half as his effort was comfortably saved by Rochet. 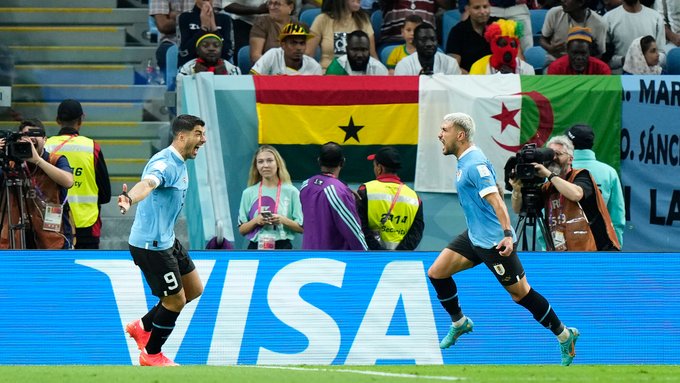 Also read: South Korea seal a famous 2-1 win over Portugal in Group H thriller; qualify for Round of 16

De Arrascaeta scored both goals in the space of 6 minutes between each strike in the first half but couldn’t help his side succeed.

He nodded home Suarez’s rebound effort to give Uruguay the lead before the ex-Barcelona striker set him up for the second shortly afterwards. 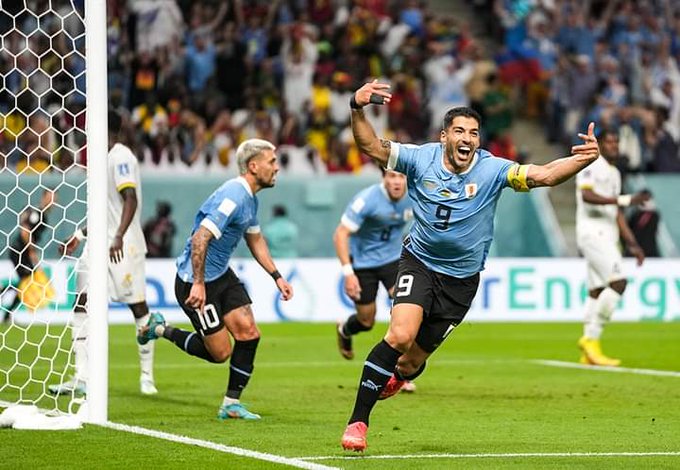 Ghana had few bites at the Uruguayan goal through Kudus, but the Rochet held them out to keep his side in the contest. The South American side had close calls for 2 penalties denied in the second half.

Ati-Zigi made some impressive saves to keep Uruguay at bay apart from seeing a goal-line clearance from his defenders off Nunez. The victory was Uruguay finish in third place with 4 points but behind on goals scored.

Uruguay were all over the officials after the whistle 😡 pic.twitter.com/PJVSQbVeAn