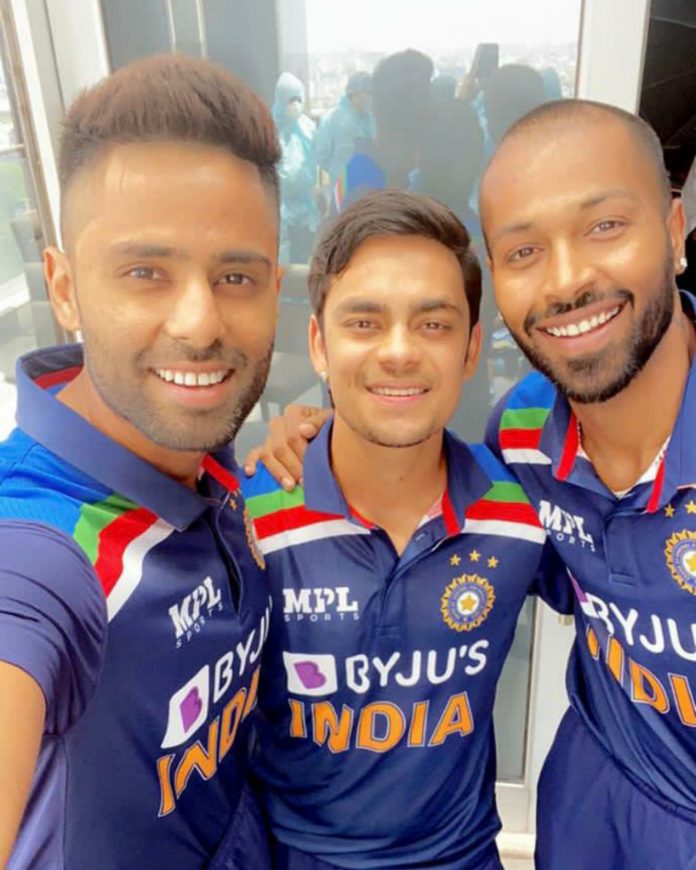 ISL 2020-21 Final: Ahead of the Indian Super League (ISL) finals, Mumbai Indians players wished all the “luck and success” to Mumbai City FC for the summit clash on Saturday.

Mumbai City FC will take on ATK Mohun Bagan in the ISL final at at the Fatorda Stadium and Indian Premier League (IPL) franchise Mumbai Indians is cheering for Sergio Lobera’s side to complete a “phenomenal” season on a high.

If Mumbai Indians’ Director of Cricket Operations, Zaheer Khan wished all the luck to Mumbai City FC, all-rounder Hardik Pandya said all players in the camp are backing the side in the ISL final.

“Good luck for the big final Mumbai City FC. Everyone here at Mumbai Indians is backing you, cheering for you. So bring the title where it belongs,” said Hardik in a video posted on Mumbai City FC Twitter.

Out to make #AamchiCity proud! 🏆

“The season has been phenomenal so far. The final of ISL is around and I just want to wish all the luck and success in the finals. Do us proud give it your all ‘trophy lekar aana’,” said Zaheer.

Star batsman Suryakumar Yadav also extended his wishes to the Mumbai-based club ahead of the ISL finals.

Few would argue that there is a better candidate for the final than these two as both ATKMB and Mumbai have been head and shoulders above the rest throughout the season. Both teams come into the final with identical records, 12 wins and just 4 defeats in the league stage.

Despite a nervy penalty-shootout win over FC Goa in the semi-final, it will be Mumbai who head into the final full of confidence. They did the double over Bagan in the league stage, the latter of those victories handing them the League Winners Shield.

For Mumbai, this will be a first-ever final, but coach Lobera, and a handful of his players have been here before when FC Goa lost to Bengaluru FC in 2018-19. The team though has looked confident under Lobera.

The match will also decide the fate of the golden boot and golden glove winners. While ATKMB striker Roy Krishna and Goa’s Igor Angulo are tied on 14 goals for the golden boot, a goal on Saturday will hand the award to the Fijian, who has played more minutes than the Spaniard.

The race for the golden glove award is between Mumbai custodian Amrinder Singh and ATKMB’s Arindam Bhattacharja. Both players have 10 clean sheets to their name. At the moment, Arindam is in pole position, having conceded fewer goals.