Home Cricket BCCI WI vs ENG: Everything came off middle of bat: Powell after century... 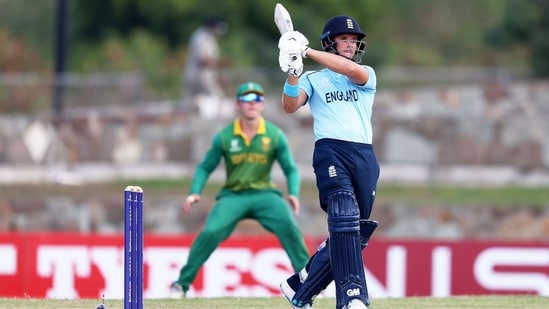 WI vs ENG: Everything came off middle of bat: Powell after century against England

WI vs ENG: West Indies batter Rovman Powell said that everything came off the middle of his bat during his blistering century against England in the third T20I of the five-match series.

Powell and Nicholas Pooran’s dominant performance with the bat was backed up by a solid bowling performance as West Indies defeated England by 20 runs in the third T20I.
“I came to know last night (about selection), had a chat with the captain, the plan was me splitting the two left-handers, Pooran and Bravo.

It’s all about improvement, wrist spin was an issue for me in the past. But I went away and worked on it over the last 6-7 months. We knew Adil Rashid was the most threatening bowler for them, was looking to get 25-30 off him, and then target the others,” said Powell after the game.

“There was a big side and a small side, didn’t want either two right-handers or left-handers to Rashid. Everything came off the middle of the bat today.

Yes, I knew Universe Boss and Evin Lewis (were the only ones to have scored T20I hundreds for West Indies),” he added.

With this win, the hosts have gained a 2-1 lead in the five-match series. The fourth T20I will be played on Saturday.

Chasing 225, England kept on losing wickets at regular intervals. And it was only Tom Banton and Philip Salt who showed some fight and resistance with the bat.

Banton scored 73 while Salt played a 57-run knock. But in the end, it was not enough as Windies registered a 20-run win. For West Indies, Romario Shepherd returned with three wickets while Kieron Pollard took two.