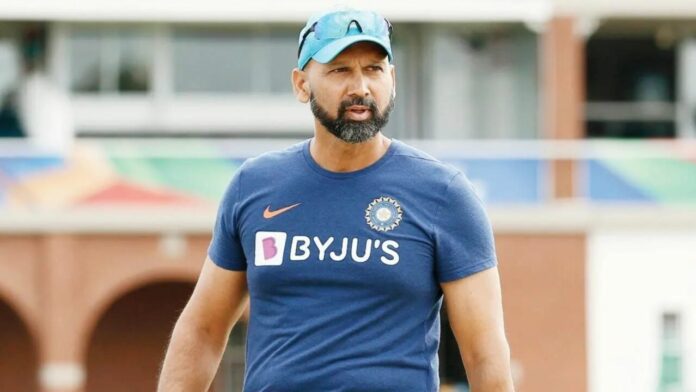 Team India bowling coach Paras Mhambrey was impressed with the performance of the bowlers despite.The loss to West Indies in the second T20I.

At Saint Kitts and Nevis on Monday. A destructive spell from pacer Obed McCoy (6/17).

Superb half-century from Brandon King (68) powered an all-round West Indies to a five-wicket win over India. “We did not have many runs.

The idea was to get out there and pick wickets. Sometimes we give runs and that is fine. We pretty much came into the game thanks to our bowlers.

The way we bowled the spinner Jadeja was good. Bhuvneshwar Kumar also bowled well. Everyone did contribute. Yes, it went down to the wire.

We take a lot of positives from this game. Especially, the way we have gone about in the final five overs,” said Mhambrey in a press conference after the match.

The bowling coach was all praises for the young bowling attack comprising of the likes of Avesh Khan and Arshdeep Singh.

“This is a young attack we have right now. I am happy with the potential they have shown in the games as of late, the thought process.

They have shown and the ability to bear pressure as well. We are going to try different things and players. Bumrah and Shami are missing out.

But I look at it as an opportunity for others to prove themselves and give the captain an option going ahead,” he said. Mhambrey said that he has been following.

Arshdeep Singh for a long time since IPL and was impressed by his ability to handle pressure and bowl crucial overs in the powerplay and at death.

Also Read: WI vs IND 2nd T20I Highlights: Pitch was playing nicely, we did not apply ourselves: Rohit Sharma after loss to WI in second T20I

“The composure he has shown is fantastic,” he added. Mhambrey is happy that the team has a lot of options.

In bowling heading into the T20 World Cup, which will start in Australia from October onwards. “The idea is to look at the different options.

That we have, give youngsters an oppurtunity. More options we have going ahead, easier will it be for us to plan. It is good that.

We have a lot of options. Have a thought process that we need to search for options. They have seasoned bowlers like Bumrah and Bhuvneshwar.

But we will have to look for other bowlers, put them into pressure situations and see how they react. If we have more options, it will be better for us

If in case something happens in future, we know we have options that can fill in,” he added. The five-match T20I series between West Indies.

India is currently level at 1-1. West Indies made a comeback in the second T20I, dismissing the Men in Blue for just 138 in their first innings.

Played some decent knocks for India. Chasing 139, West Indies were 3/83 in 12.3 overs at one point but a half-century from Brandon King (68)

Devon Thomas (31*) took the hosts to a series-levelling win. McCoy won the ‘Man of the Match’ award for his match-winning spell.