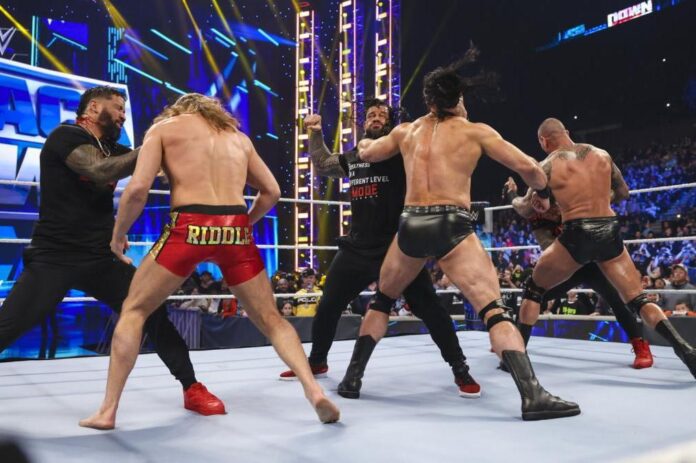 During the broadcasts of WrestleMania Backlash 2022 on WWE Network and Fite TV, the team of The Bloodline managed to defeat RK-Bro and Drew McIntyre in a tag team match.

This was the main confrontation of the most recent WWE Premium Live Event. The six competitors had a very even match.

Despite The Bloodline starting out in the lead, Drew McIntyre managed to regain dominance of the team from him and leveled the playing field completely.

After some back and forth by everyone involved, Riddle took a Spear from Roman Reigns by surprise. The latter ironed his rival for the victory by count of three.

A unification fight of both pairs of Tag Team Championships was originally agreed for this PLE. When RK-Bro and The Usos were about to have their contract signing.

Everything came to a halt as both teams began a physical exchange. Before the interference of Roman Reigns.

Drew McIntyre, Paul Heyman proposed to Adam Pearce to add them to the central event of the show