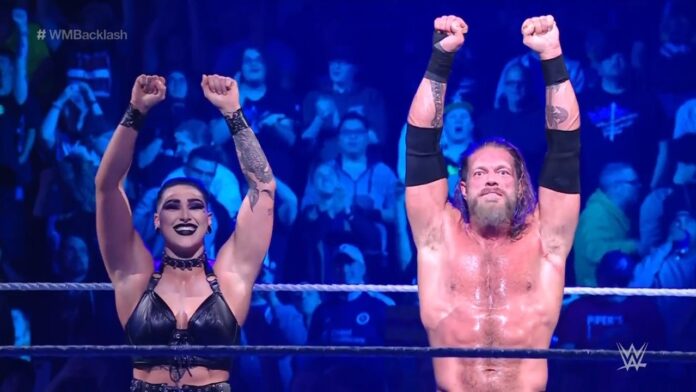 During the broadcasts of WrestleMania Backlash 2022 through WWE Network and Fite TV.

Superstar Edge managed to get the victory against AJ Styles with the help of his Judgment Day partners.

This was the third confrontation of the most recent WWE Premium Live Event. The fight began with almost total dominance of “The Phenomenal One”.

However, the ailment in his arm made it difficult for him to attack and he was quickly outmatched. AJ Styles had clear chances to come out with the win.

However, a mysterious figure threw him out of the corner and allowed Edge to get the victory by submission.

The hooded person was revealed to be Rhea Ripley, who celebrated the win alongside the Judgment Day leader.

After his victory on the second day of WrestleMania, “The Rated R Superstar”.

His new partner Damian Priest took it upon themselves to intimidate AJ Styles on multiple occasions.

On the April 18 RAW, Edge decided to issue a challenge to “The Phenomenal One” for the following PLE.

Styles accepted the challenge, but suffered a new attack from his two rivals that left his left arm sore.