Home Latest News WWE News: Investors are interested in the sale of WWE 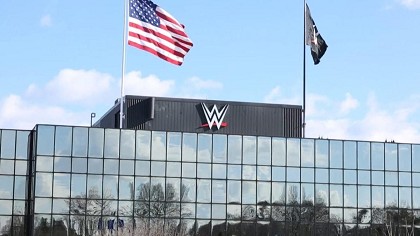 WWE News: Investors are interested in the sale of WWE

Vince McMahon’s retirement has sparked a great deal of debate about WWE and the future of the company. In the first instance, leadership.

Discussed, which has ended up being for. Stephanie McMahon and Nick Khan. Second, there was talk of creative direction.

A position finally filled by Triple H after his appointment as general director. Once these potholes have been overcome.

There has been speculation about something that was also discussed on the first day:

The WWE sale.The sale of the company was a taboo subject with Vince McMahon at the helm, but this could change with his departure.

Brandon Thurston, a Wrestlenomics journalist, has talked about this matter in his latest edition of his podcast with Brandon Ross and Jesse Collings.

Where he has insisted on the idea that. WWE could be put up for sale. During the chat, possible buyers, such as NBC or FOX, among others, were mentioned.

But there are many questions about whether WWE could force a television renewal with FOX in 2024, when their current contract ends.

As for FOX as a possible buyer, everything will depend on how its managers perceive benefits after their experience with SmackDown.

However, despite this, there is pressure for the company to be put up for sale. “That potential sale has been the number one target of investors.

Really since the allegations against Vince first came out,” Thurston said. “There’s always been this idea that WWE is a pretty small company and that.

There are a ton of larger entities that are looking for content, especially live content, so WWE would be a natural acquisition target for those companies.

The big question What everyone is doing is whether WWE wants to sell or not. And if we shorten the question, does the McMahon family.

Want to sell or not? Despite his departure as CEO and Creative Director, Vince McMahon still remains the majority shareholder in the company.

Stephanie McMahon, Shane McMahon and Linda McMahon also have large holdings in the company. The decision to sell remains with.

Also Read: WWE News: Becky Lynch believes that we are at the beginning of a new era in WWE

The McMahon family, although several factors, such as Vince’s departure and his alleged scandals, could accelerate a process that many were waiting for.