Home Latest News WWE News: John Cena doesn’t sure whether he will return for Wrestlemania... 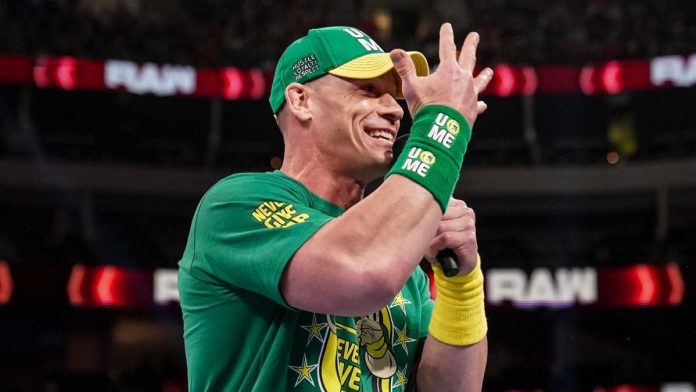 WWE News: John Cena doesn’t sure whether he will return for Wrestlemania 38 or not

WWE News : John Cena has given an interview to the Ellen DeGeneres program on the occasion of the premiere of his new series, Peacemaker.

In it, Ellen asked him what his plans were for this year’s WrestleMania edition, to which the former world champion replied that he did not see his appearance very likely.

“WrestleMania is normally held in late March or early April. I don’t know if I’ll be able to appear this year. And it’s a good problem to have because there are a lot of good opportunities nearby that I’d like to take advantage of. And if all of those things line up, I don’t know if I can make it to Wrestlemania, “Cena said.

Despite leaving his participation for the most important event of WWE on the air. The sixteen-time world champion also wanted to leave a message of reassurance for wrestling fans. And clarified that he will continue in the business in the future:

“I will tell you by now everyone who is watching me out there, I am not done with WWE even close . That is my home and I love it. I had the opportunity to return this summer for a few months and entertain the audience. When it was received from new to the public in the pavilions. I am far from having had my last performance. “

Cena’s last match in WWE was in August 2021, when he was defeated by Roman Reigns at Summerslam in a match in which the Universal Championship was at stake. Cena’s rivalry with Reigns took place as the actor promoted the movie Suicide Squad. Which also opened in August.

On that occasion, the one from Masachusetts was able to combine his acting activities with his role in WWE. But according to these new statements. It does not seem that he will be able to do the same for next April.