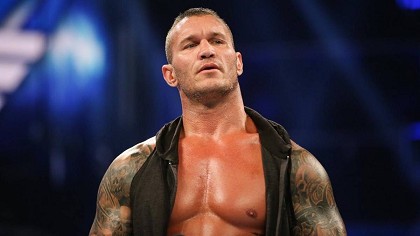 WWE News: Kurt Angle confirms that Randy Orton has undergone surgery to solve his back problems

Randy Orton has been out of WWE programming for several months due to a back injury. The fighter played his last fight last May. Meanwhile.

The latest information about his health status was not at all encouraging, so it does not seem that we will see him back anytime soon.

Orton has been dealing with a more serious injury than expected, which would have caused great concern in the company.

It was recently reported that the fighter had undergone surgery, although it was never confirmed that it was to solve this problem, until now.

And it is that the WWE Hall of Famer Kurt Angle revealed in the last episode of his podcast, The Kurt Angle Show, that Randy’s problem with.

His back was so serious that he finally required surgery. “Your back controls everything,” Angle noted. “You can’t do anything when.

Your back hurts. I’ll give you an example. Randy Orton just had back surgery. He literally couldn’t do anything, and this surgery is hopefully.

Saving his career. back can affect you a lot as a professional fighter.This last year Orton has been teaming up with Matt Riddle, conquering.

The affection of the public from the beginning. Known as RK-Bro, Orton and Riddle managed to be crowned Raw Tag Team Champions.

Shortly after they began a rivalry with The Usos, which would lead both teams to agree to a title unification match, where the winners would take.

All the gold in pairs from the main roster. The victory fell on the side of the Samoans, while Orton was removed from the schedule due to his.

Back problems, which is why we have not seen him on television again. Now that the fighter has finally undergone surgery to solve this problem.

Also Read: WWE Raw: Mick Foley reveals that his wife was not well received by the locker room at the beginning of his WWE

It only remains to wait for his recovery, which could go a long way, so it is likely that it will still be a long time before fans can see him back.