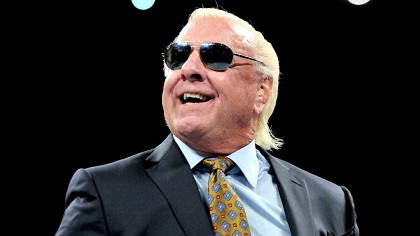 Ric Flair is cleaning up his image with his own efforts. The Nature Boy was heavily criticized after the WWE “Flight to Hell” episode aired in 2003.

Corresponding to the third season of the series Dark Side of The Ring, where a flight attendant detailed an alleged sexual assault by Ric Flair.

As a consequence, Ric Flair began to lose the support of his sponsors and also of WWE, even removing any reference to him.

Since then, Flair has struggled to clean up his image and is possibly doing it the best way he knows.

How: wrestling. On July 31st he will compete again at age 73 under the legendary banner of Jim Crockett Promotions.

They has been preparing thoroughly for the occasion. This promotion has given him other honors, one of them surprising.

The city of Nashville will honor the sixteen-time world champion on July 31. Mayor John Cooper will declare that day as Ric Flair Day, since it will be the last time he fights.

Also Read: WWE News: Booker T believes that bringing Brock Lesnar back is not a desperate move by WWE

The Mayor will also announce that the 500 Wedgewood Ave. property will be known as “Nashville FLAIRgrounds” during the weekend of July 29-31.

Ric Flair’s return to the ring has been a resounding success. The show was scheduled to take place at The Fairgrounds.

A Nashville venue whose capacity typically doesn’t exceed 3,00 to 4,000 tickets. However, a new official press release confirmed that the show will emanate from.

The Nashville Municipal Auditorium. The change nearly doubles the number of seats available for this show, bringing the total to 7,000 seats within the new venue.

Ric Flair’s Last Match will take place on July 31 from the Municipal Auditorium in Nashville, Tennessee. Fans will be able to enjoy.

This event live from the stands or through its global broadcast on Fite TV. The announcement of the official card of the show is expected in the coming weeks.