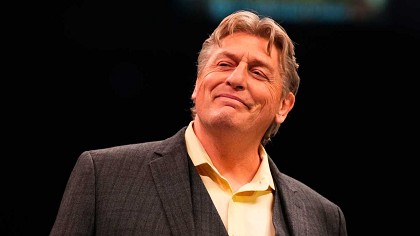 In the last hours there has been speculation about the future of William Regal in All Elite Wrestling. The Manager of the Blackpool Combat Club faction.

Appeared in a promotional video for Survivor Series with the aim of promoting the fights with the WarGames stipulation. Dave Meltzer, a journalist.

For Wrestling Observer, indicated on his radio program, broadcast after the show, that there was interest in the WWE directive to bring Regal back.

However, at that time he clarified that he was not aware of the duration of Regal’s contract with All Elite Wrestling, a signing that occurred in March 2022.

In an update on this matter, Meltzer himself rectified and gave more information about William Regal’s contractual situation.

With All Elite Wrestling. Apparently, according to Meltzer, William Regal’s contract with AEW is for three years, a fairly common extension.

In contracts with recognized stars. “A correction from last night’s show regarding the Regal deal. Based on what he said when he signed.

The deal he signed last spring was for three years,” he commented. In that case, as much as the WWE board wants to retake his services.

It will be difficult for Regal to return. Currently, he is immersed in one of the main stories of the AEW shows alongside Jon Moxley and Bryan Danielson.

William Regal worked side by side with Triple H in the development of the NXT project. The former WWE Intercontinental Champion was fired.

From in January 2022 as part of the company cuts. Once his departure was confirmed.

Regal posted a message on social networks thanking WWE for the 21 years for what they bet on him.