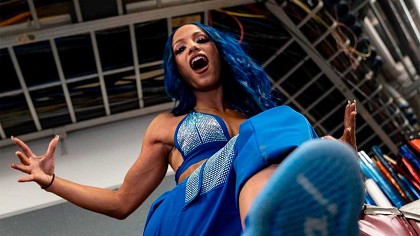 2022 will go down in wrestling history as one of the years with the greatest number of controversies, or at least with the most notorious.

And it is that throughout these 9 months we have had everything, from financial scandals in WWE to backstage fights in AEW, going through.

Challenging attitudes on the part of talents towards their companies. As for the latter, it is worth highlighting one of the biggest soap operas of the year.

Which had Sasha Banks and Naomi as protagonists, who decided to leave the venue where a live episode of Monday Night Raw was about.

To take place. The reason: their discontent with their treatment as WWE Women’s Tag Team Champions. It should be remembered that.

Currently both continue to be removed from the company’s programming after being suspended indefinitely last May. However.

After months of rumors and speculations that pointed to his departure from the company, the situation seemed to have turned around in recent.

Weeks as a result of the departure of Vince McMahon and the arrival of a new direction in the company. Meanwhile, the fans were already counting.

On the return of the former champions, which they expected to take place at any moment. In fact, even the specialized media claimed that.

WWE was already preparing a story for his return. However, Sasha Banks has once again misplaced fans after removing all reference to the company.

On her Twitter account. As can be seen in the image shared by Fightful, the fighter has started using her real name, @MercedesVarnado.

Removing her superstar name, @SashaBanksWWE. At the moment, we do not know the reason behind it, although the truth is that Banks herself has expressed her interest.

In other areas outside of professional wrestling, such as music or acting. We will have to see what path she chooses in this regard in her immediate future.