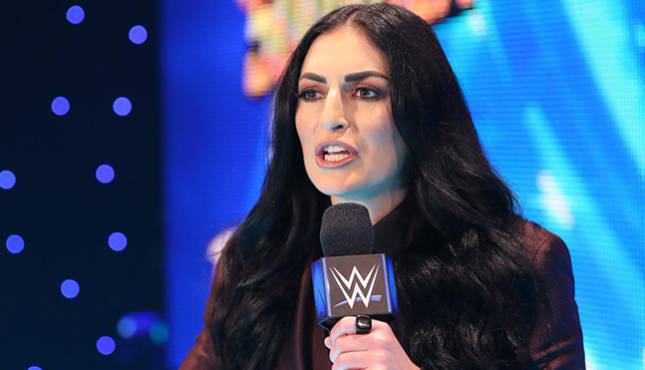 WWE News: Sonya Deville is all set to make her in-ring comeback on SmackDown next week

WWE News: Sonya Deville will return to wrestle in WWE after a little more than 13 months (more than a year) away from the ring by choice.

The last fight of her was in SummerSlam against Mandy Rose, with the stipulation “Loser Leaves WWE”, as an argument to be able to withdraw from the ring in real life. Next week, on Friday Night SmackDown. She will face Naomi after accepting her challenge.

The reason why Sonya left the ring was due to a shock caused by a situation of violence perpetrated by a criminal who tried to kidnap her.

Sonya Deville vs Naomi next week??

A stalker who followed her on social media years ago. He broke into her house during the early morning hours a few days before SummerSlam and wanted to take her away by force.

This made Deville want to take a break from the ring and think about her mental health in the aftermath of the incident.

Following the non-disqualification match at SummerSlam against Mandy Rose. Deville has been carrying out the duties of General Manager for Friday Night SmackDown.

However, a few months ago, she was considered to participate in the ladder match for the Money in the Bank 2021 contract in which Nikki A.S.H., Liv Morgan, Zelina Vega, Natalya, Tamina, Asuka, Naomi and Alexa Bliss were part.

Rhea Ripley recently stated that she would like to have a tag team match against Shayna Baszler and Sonya Deville: “Honestly, if Sonya Deville were to return to the WWE ring. I would love to see her team up with Shayna Baszler. It would be a huge challenge for us.”

Ripley has a recent partnership with Nikki A.S.H. and they are looking for new rivals for the next few weeks. For now, Sonya Deville and Naomi will continue their feud, which was increased during the WWE Draft on SmackDown.