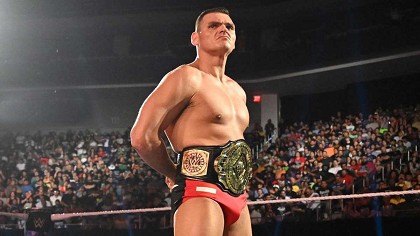 There is a new focus on the Intercontinental Championship since Triple H’s arrival at the creative controls. Tonight on WWE SmackDown.

And it felt like an old NXT-style match. WWE, under the command of Triple H, is putting more attention on the secondary titles.

They have been broadcasting videos to claim the importance of these. Before the main event, they aired a video featuring many of the previous.

Also Read: WWE News: Doudrop assures that he has had conversations with WWE to change his name again

as the “working man’s title”. They also showed off a future title contender during last night’s show. During a backstage.

Promo, Ricochet said that he wants an opportunity in the near future. He was cut when he was attacked by Happy Corbin, so it looks like.

That title shot will happen sometime after his feud with Corbin. WWE is also extolling the figure of the United States Championship.

This past Monday, before Lashley defended against Ciampa, they released a video showing some of the legendary United States Champions.

Ciampa dedicated the match to Harley Race. This coming Monday on Raw, Lashley will defend his title against AJ Styles.