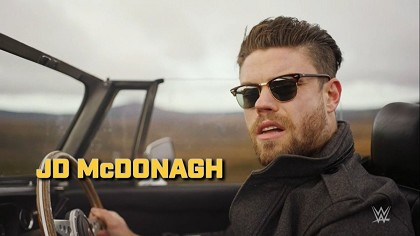 During the broadcasts of WWE NXT 2.0 through the USA Network, the fighter Jordan Devlin confirmed his arrival in the American division.

The company’s development territory a new competitor from the United Kingdom appears in the ranks of NXT 2.0. The latest episode of the development show.

Featured a short promotional video introducing JD McDonagh, the new name by which Jordan Devlin will be known from here on out.

The wrestler will make his debut on the weekly show soon. Jordan Devlin signed with WWE in 2017, making appearances mostly on NXT UK.

The fighter was one of the last cruiserweight champions of the development territory, being the longest reign.

This belt with 438 days. Devlin lost a match to Ilja Dragunov on the 200th episode of NXT UK in May, causing him to be ejected from the show.