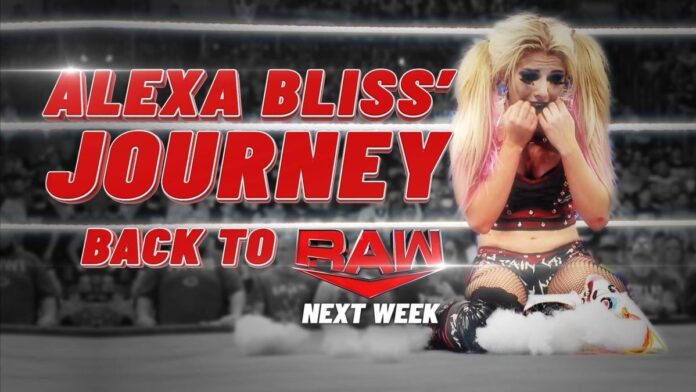 WWE Raw: During the Monday Night RAW broadcasts through the USA Network. The first matches and segments for next week’s episode have been confirmed.

The most striking announcement revolves around Alexa Bliss, who will make her first appearance on the Monday show since her loss at Extreme Rules 2021 against Charlotte Flair. It is unknown what path the superstar could follow on his return.

On the other hand, a fight has been announced between Bianca Belair, Doudrop and Liv Morgan to define the next contender for the Raw Women’s Championship of Becky Lynch.

The next episode of Monday Night RAW will take place on Monday, January 10 from the Wells Fargo Center in Philadelphia, Pennsylvania.

Fans will be able to witness the episode from the stadium with limited capacity, or by intercepting the broadcast live on USA Network in the United States. The announcement of more matches and segments is expected in the coming days.

Triple Threat for a starting shot
Liv Morgan vs. Bianca Belair vs. Doudrop