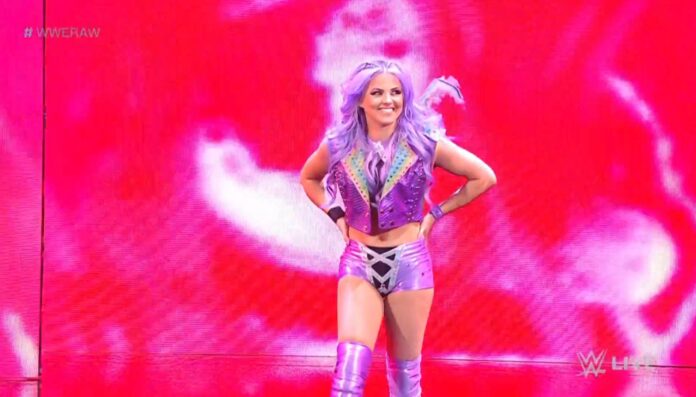 During the broadcasts of Monday Night RAW through the USA Network, superstar Candice LeRae made her return to the WWE ring after.

A fourteen-month maternity leave. Fans in Alberta, Canada were in for a big surprise when Candice LeRae made an appearance on the scene for.

An individual heads-up. The superstar faced Nikki A.S.H. for several minutes until defeating her with a Neckbreaker for the victory by count of three.

Candice LeRae Dawson has been a prominent competitor in multiple companies around the world. After spending her.

Early years in the IWF and EWF, the Canadian native put her mark on companies like Ring of Honor, Pro Wrestling Guerrilla.

TNA, NWA and DDT. In 2017, Candice LeRae was signed by WWE where she spent a five-year stint on the developmental brand.

To the point of being a women’s tag team champion on one occasion.Tonight’s is Candice LeRae’s first official matchup since July 6, 2021.

when she lost the tag team titles alongside Indi Hartwell to Io Shirai and Zoey Stark. Later, the fighter would start her pregnancy with Johnny Gargano.

And would gradually move away from her appearances on television. On May 8, LeRae ended her contract with WWE and chose not to renew it until now.