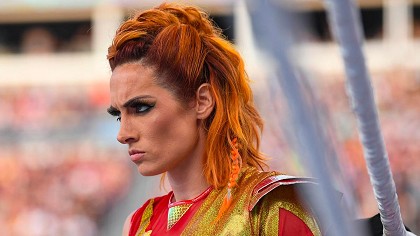 WWE SummerSlam 2022 Highlights: Vince McMahon did not want to change the character of Becky Lynch

In the most recent broadcast of the PWTorchVIP.com radio show, Wade Keller confirmed that the decision to turn Becky Lynch.

Into a face is part of the current WWE creative management, as Vince McMahon. Wanted the Irishwoman to continue.

As heel after what happened at SummerSlam 2022. “I can now confirm that Becky (Lynch) would not have become a face.

If Vince McMahon still had creative control. That was a call from Paul Levesque (Triple H). I just got confirmation of that. It would have been a heel as it was.

If McMahon was still running things. So, a big change from the beginning.” When she returned to a year ago, at SummerSlam 2021.

The idea of ​​turning Becky Lynch heel was not well received, and it seems that now with Triple H in creative control they have gone.

Back on this decision. Now it seems that Becky lynch will join forces with Bianca Belair to face Bayley and her new faction

With IYO SKY and Dakota Kai. So we will have to be aware of the development of this new television angle in the next edition of WWE Raw.

Here is a video summary of what happened: