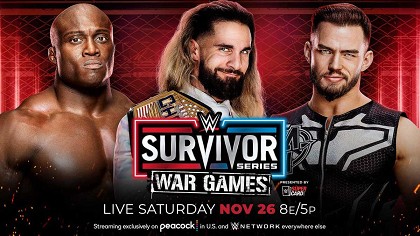 Survivor Series WarGames will take place this Saturday, November 26 from the TD Garden in Boston, MA, and bookmakers are starting to pinpoint.

The favorites of confirmed matches.The portal Betonline has presented an update of the data, including the fight for the United States Championship.

Right now, Seth Rollins is the favorite of the fight. Below, we review the odds for each match, marking the favorite to win in bold.

Remember that negative odds indicate how much money you have to bet to get a profit of 100 dollars. the smaller the number, the less money you earn and the more favored the fighter is.

On the other hand, positive odds indicate the profit corresponding to a $100 bet. The higher the number, the less favorite the fighter is.