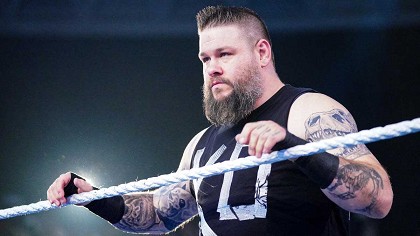 The Bloodline prevailed over the team of Drew McIntyre and Kevin Owens at Survivor Series WarGames after Jey Uso pinned Owens in the final moments.

Apparently, everything went as planned, but there was a disagreement between two of the protagonists that led to a tense moment lived behind the scenes.

A circumstance changed the plan. According to Sapp, Reigns got mad at Kevin Owens because the latter apparently went off script at some point during the match.

Several people heard the champion swearing backstage after the match, although the matter was expected to be resolved between the two.

Dave Meltzer, a journalist for Wrestling Observer, spoke about what happened on his last radio show and confirmed Sapp’s information, adding that.

The matter has been resolved and that there are no problems behind the scenes. “Regarding the report on what happened backstage with Roman Reigns.

And Kevin Owens, the story is accurate in that Reigns became upset after being hit, and had noticeable bruises under his left eye. There was talk.

A possible ruptured eardrum, but it was not confirmed to us. What is confirmed is that it was caused by a slap from Owens, Reigns was upset.

But 20 minutes later it was all over, so there is no persistent problem about it. ” Reviewing the match, we see how the moment of the slap occurs.

When Roman Reigns and Kevin Owens have their first and only face to face, which began with that blow to Roman Reigns’ left cheek and ended.

Also Read: WWE Raw: Dexter Lumis gets a contract with WWE on RAW

With Kevin Owens’ Stunner and Sami Zayn’s intervention. After that slap, you can see how Roman Reigns is visibly affected.