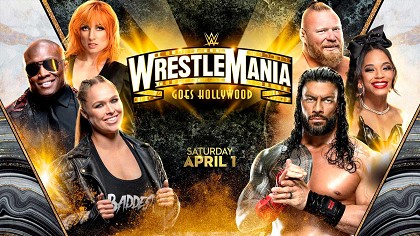 WWE held Survivor Series WarGames last weekend, its last Premium event of 2022. The next stop is Royal Rumble, a show that will mark the.

Start of WrestleMania 39. The road to the Show of Shows is one of the most beneficial periods for the company and normally the plans.

Are executed in advance. In recent days there has been a lot of talk about WWE’s plans for the biggest show of the year, plans that could include.

Dwayne “The Rock” Johnson. The Hollywood star has been at the center of speculation for a couple of years. WWE’s plan is to face.

Roman Reigns, but it all depends on the former world champion. At this time, no one can guarantee that The Rock will fight again, but WWE.

Wants that to happen. Dave Meltzer, a journalist for the Wrestling Observer, has reported in his latest newsletter that the WWE board wants.

To have all WrestleMania plans closed by mid-January 2023. “If Johnson wants to do it and can be sold on the idea, it would be the perfect setting.

For the company,” Meltzer wrote. “The only thing we’ve been told is that the near-finalized plans for the WrestleMania main event need to be finalized.

By mid-January and any involvement that Johnson wishes to do and has time to do would like to be finalized by that date.”

It is speculated that WWE wants to have these plans closed in order to include The Rock in the Royal Rumble event, a show that will take place.

At the Alamodome in San Antonio and that has exceeded 5 million dollars in revenue. However, WWE could include.

The Rock at WrestleMania regardless of whether or not he participates in the Royal Rumble.

In case The Rock does not reach an agreement with WWE, there are several alternatives for Roman Reigns, but the clearest is the letter.

From Cody Rhodes. The fighter returned to WWE with great force, but his rise was cut short when he was injured. Rhodes is presented as.

One of the possible surprises for the Royal Rumble. In fact, in addition to being a betting favorite, Meltzer has mentioned that WWE is studying.

Giving victory to the number one wrestler in the Royal Rumble royal battle that would enter by surprise. That idea could be a perfect fit for Cody Rhodes.

There are several more fights that have been speculated. One of them is the fight for the Unified Tag Team Championship between The Usos.

And the team formed by Sami Zayn and Kevin Owens. The story of The Bloodline is on the march and WWE studies how Sami Zayn can leave.

The group for WrestleMania. It has been rumored that Owens and Zayn himself could be Roman Reigns’ rivals at Royal Rumble and.

Elimination Chamber respectively.As for the women’s division, there is one match that will almost certainly happen: a match for the SmackDown.

Women’s Championship between Ronda Rousey and Becky Lynch. The Man is on the Raw roster, but at the Survivor Series press conference.

He revealed his intention to win the Royal Rumble Battle Royal for the second time, a victory that would entitle him to challenge for any women’s title.

Bianca Belair will also arrive at WrestleMania as a champion almost certainly. There is speculation with two rivals at the moment:

In a singles match and it’s something she’s openly mentioned. One of her goals is to beat all 4 Horseweomen and Flair would be her last seat.