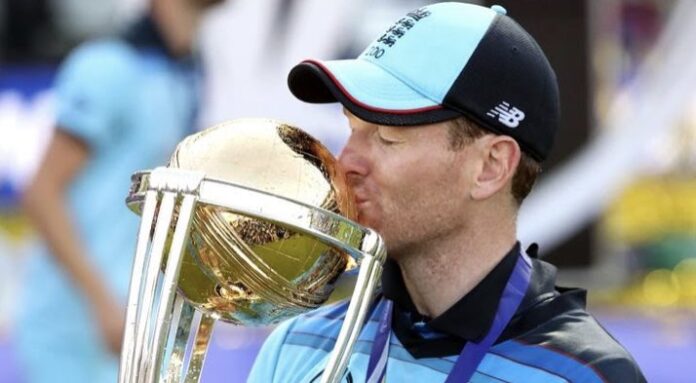 England’s 2019 World Cup-winning skipper is set to announce his retirement from international cricket.

As per Sky Sports, Morgan wanted to lead England during the T20 World Cup in Australia later this year. But the struggles of the 35-year-old batter with his form and fitness over.

The last 18 months have prompted a change in heart. He led the side during the one-day series in the Netherlands this month but he was dismissed.

A duck in two high-scoring matches and missed out on the final game due to a groin niggle. Jos Buttler, his deputy in white-ball cricket.

They has stepped in for his captain in times of need. The high-profile series against India consisting of three T20Is and three ODIs from July 7 onwards.

They could be Buttler’s first assignment as a full-time white-ball skipper. Morgan had replaced Alastair Cook as the white-ball captain prior.

The 2015 50-over World Cup in Australia. Morgan lifted his side to the very top after an embarrassing exit from the tournament and revolutionised.

English white-ball cricket by encouraging a fearless, bold brand of cricket. This saw the ODI and T20I sides rise to the top of world rankings.

With the World Cup 2019 win being the crown jewel of the revolution. Morgan made his ODI debut for Ireland. Three years later.

He switched his allegiance to England and will retire with a total of 248 ODIs under his belt, in which he has scored 7,701 runs with 14 centuries.

Before switching allegiances to England in 2009 and will retire having played a total of 248 ODIs, scoring 7,701 runs with 14 centuries.