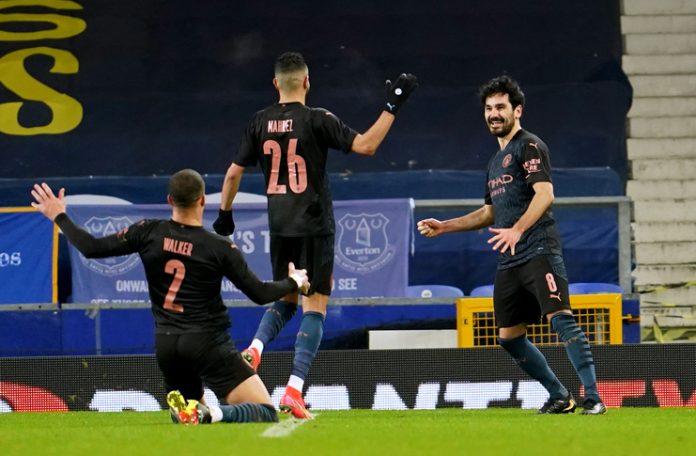 Manchester City beats Everton: The FA Cup quarter-final between Everton vs Manchester City was exciting. And the match at Goodison Park on Sunday (21/3/2021) was won by The Cityzens. As Manchester City defeated Everton by 2-0 to seal spot for Semifinal of FA Cup.

Despite being a guest team Manchester City immediately locked the Everton defense. In the 18th minute Raheem Sterling gets the first chance through his hard kick.

However, these efforts can still be thwarted by the host’s young goalkeeper, Joao Virginia. Slowly but surely, the Toffees began to attack and threaten several times.

In the second half the situation was not much different. Sterling again made the host’s back line messy.

But again, he threw away the opportunity to score a goal. As for Everton, he threatened through Andre Gomes, who still deviated from the Manchester City goal.

Entering the injury time period, it was City who doubled the lead. Kevin De Bruyne confirmed his team’s victory to 2-0. These results at the same time ensure their steps to the FA Cup semifinals.

The 1-0 score made the match even more exciting. Everton, who did not want to lose, pressed the visitors again. Dominic Calvert-Lewin’s efforts have come close to paying off had the Manchester City defender not thwarted his header.

The composition of Players: