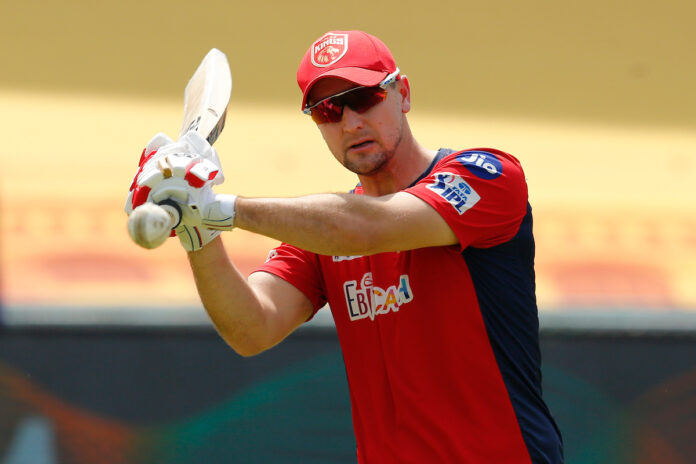 A big blow to Punjab Kings as their captain Mayank Agarwal misses out after being hit on the toe.

The 2016 champions Hyderbad too have three wins and two losses in five matches but they placed in the seventh spot due to a poor.

who have won three matches each. They are playing an unchanged playing eleven.

The Kane Williamson led side beat Kolkata Knight Riders by seven wickets in their previous match.

Shikhar Dhawan walked out to toss for Punjab Kings as captain as Mayank Agarwal injured his toe during his practice session.

Punjab Kings are in the fifth spot in the points table with three wins and two losses in five matches. In their previous match.

The 2014 finalists have made only one change as Prabhsimran Singh has replaced the injured Mayank Agarwal.

“We will bowl first. It’s something we’ve done recently, we need to just play according to our plans.

The wicket will hold up for the entire game, just need to make those small improvements, the signs are good, and need to adjust to the conditions early.

The same team for us” said Williamson after winning the toss.

“Mayank got hit on his toe, he should be fine for the next game. So, there’s just one change for us – Prabhsimran is in.

We are performing well without depending on individuals – need to continue playing well as a unit.

The bowling can get better, we’re working on it. The team is new and we’re taking time to settle.

The toss could be an advantage, it’s a bit sticky, the ball could turn, but if we put up a good total.

We can put them under pressure,” said Dhawan after during toss.

Also Read: SRH vs PBKS: Blast From the Past & A Special Story Between Kane& s Hyderabad and Rahul& s Punjab