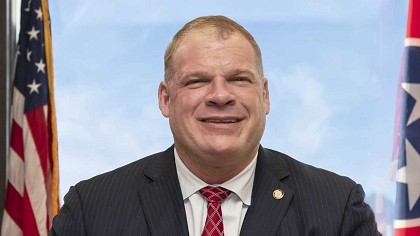 Glenn Jacobs, known in WWE as Kane, has been re-elected Mayor of Kox County. Jacobs beat her Democratic rival Debbie Helsley in the last election.

The Knoxville News Sentinel reported yesterday. Afternoon that Jacobs had a 4,400-vote lead over Helsley with 63 percent of the votes.

Counted, enough to project Jacobs as the winner. “THANK YOU Knox County for electing me to serve a second term as your Mayor. I am so grateful.

For the support you have shown me and my family throughout my campaign for reelection, and I will continue to do my best to serve you.

As long as I can.” best possible,” Jacobs wrote on his official Twitter account. On May 3, it was announced that Jacobs was victorious.

2022 Republican primary election for mayor of Knox County. He ran unopposed and received 24,675 votes. This first victory allowed him to stand.

The general elections on August 4. After the victory, he made the following statement: Now more than ever, we must stand firm to uphold.

Our conservative values, and as your mayor, that is exactly what I will do. I am humbled by your support and thank each of you for trusting me.

To be your Republican nominee, And together, we will win in August to ensure Knox County remains the best place to live, work and raise a family.”

Kane has been involved in controversy on social networks. Despite being one of WWE’s most beloved wrestlers, Kane has shown rejection on social media.

The last year due to his statements. When the new Abortion Law was approved, he expressed his support for the Supreme Court’s decision on social networks.

Something that caused some negative reactions, such as that of AEW star Britt Baker, who called him an ‘idiot’. He was also singled out.

After his statements about the war between Russia and Ukraine, when he exclaimed that ‘force is sometimes right’. On that occasion.

He also received negative responses from AEW fighters, as was the case with Hangman Page. On May 1, 2018, Jacobs won the primary to become.

The Republican candidate for mayor of Knox County for the first time. He ran against fellow candidates Brad Anders and Bob Thomas, and won.

With a total of 17 votes. Earlier in the month, Kane was elected with 65% of the vote, beating Knox County Democratic Party candidate Linda Haney.